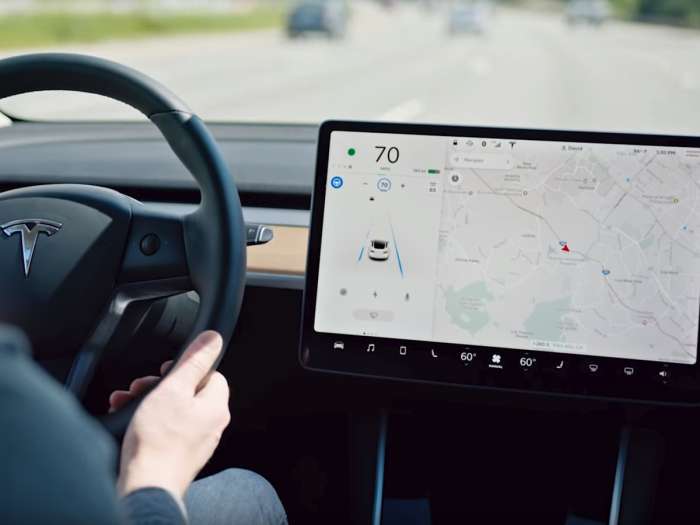 A new study has been completed by the Insurance Institute For Highway Safety (IIHS) comparing Tesla's Autopilot to the Level 2 automation systems from Mercedes Benz, BMW, and Volvo. The results are mixed and the findings depend on the scenario. Here is a summary of how Autopilot found in a 2017 Model S and that found in a 2018 Model 3 compared to systems from BMW, Mercedes, and Volvo.

Before we begin, we should point out that "Level 2" refers to a government standard for vehicles that offer limited self-driving capability. Vehicles with this level of automation can do certain things but not others. As IIHS points out, "A production autonomous vehicle that can go anywhere, anytime isn't available at your local car dealer and won't be for quite some time. We aren't there yet." However, we do have vehicles on sale today that can drive themselves on the highway in certain situations. Here is what IIHS found when it compared the various systems available.

Auto-Braking
Interestingly when IIHS tested the two Tesla models with the Autopilot system off, but with auto-braking enabled, the cars in the test hit stationary objects representing stopped cars when traveling at 31 MPH. However, they behaved differently, and better with Autopilot on. The other vehicles stopped in all scenarios. IIHS found that, "On the track, the 5 series, E-Class and Teslas braked to avoid the target vehicle. This was the case even though the owner's manuals for all the test vehicles warn that ACC may not brake when it encounters vehicles that are already stopped when they come into sensor range."

Adaptive Cruise Control (ACC)
During the Autopilot testing, IIHS found that the Model 3 acted strangely, saying, "Unnecessary or overly cautious braking is an issue in the Model 3. In 180 miles, the car unexpectedly slowed down 12 times, seven of which coincided with tree shadows on the road. The others were for oncoming vehicles in another lane or vehicles crossing the road far ahead." IIHS concluded this was not unsafe, but may discourage owners from using the system for fear of problems.

Active Lane-Keeping
The Tesla Model 3 did extremely well in the active lane keeping testing in all scenarios. It was the clear leader in this testing. The Model S fared less well. By comparison to its peers, the Model 3 kept the vehicle in the lane much more often. The chart above shows a summary of the test results.

The full report is available at IIHS' public website.