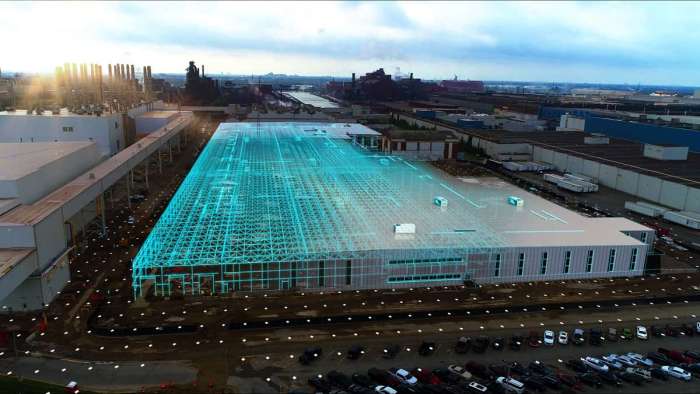 The impact on America's economy from the duty-protected made-in-America Ford F-Series is staggering.
Advertisement

Fifty-seven years ago this December, President Lyndon B. Johnson signed Proclamation 3564. The proclamation includes a 25% import duty on imported pickup trucks. The original idea for the tariff began during President Kennedy’s administration, but he was assassinated before he could complete the failed negotiations that ultimately resulted in the tariff.

Ford has approximately 56,000 hourly factory workers inside of America’s borders, more than any other vehicle manufacturer. Although Ford has manufacturing hubs in the Midwest, notably in Michigan, the F-Series and Ford overall have a major impact on states no longer known as places where manufacturing is a key employer. For example, Ford has 98 suppliers located in Massachusetts and BCG estimates that the company is responsible for 4,883 jobs in the state.

The import duty on imported pickup trucks first considered by President Kennedy, and signed by President Johnson, has been kept in place since by Presidents Nixon, Ford, Carter, Reagan, Bush, Clinton, Bush, Obama, and Trump.

John Goreham is a long-time New England Motor Press Association member and recovering engineer. John's focus areas are technology, safety, and green vehicles. In the 1990s, he was part of a team that built a solar-electric vehicle from scratch. For 20 years he applied his engineering and sales talents in the high tech world and published numerous articles in technical journals such as Chemical Processing Magazine. In 2008, he retired from that career to chase his dream of being an auto writer. In addition to Torque News, John's work has appeared in print in dozens of American newspapers and he provides reviews to many vehicle shopping sites. You can follow John on Twitter, and view his credentials at Linkedin