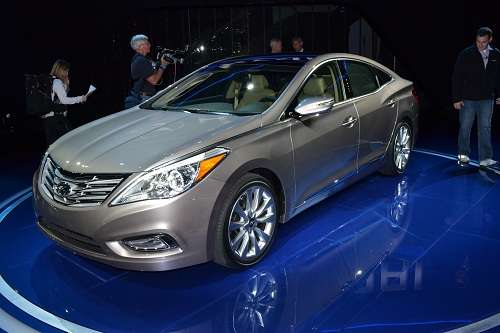 Guess which car company is the EPA's favorite

You might be surprised to learn that the EPA's top ranking car manufacturer for fuel economy and CO2 emissions in America, Hyundai, does not offer an electric car for sale, and until very recently, did not even have a single hybrid model.
Advertisement

So who earned the top spot in the EPA’s rankings? It is Hyundai. For those in the audience who have not noticed, Hyundai is on the move. Hyundai now offers luxury cars, sports cars, and most importantly, family cars with excellent fuel economy. The top ranking by the EPA is not a fluke. Hyundai has been in the top spot before, and since it is making steady gains, is well positioned to hold the spot through the next year.

How could this be? Every day the TV news, newspapers, and all the other general mass media produce stories on electric cars such as the Chevy Volt (now out of production due to lagging sales), the Nissan Leaf (ever seen one?) and the Tesla roadster (no longer being manufactured). The truth is that the sales of these vehicles are measure in the single thousands per year. Many popular non-electric models sell in the single thousands per week. The most popular models of all are trucks. Although electric cars and plug in hybrids are fantastic in terms of fuel efficiency, and may be wonderful vehicles for the right buyer, there are just not very many buyers who want one.

Even though Toyota has an unshakable and sincere commitment to the environment, the Prius cannot offset the Tundra, Tacoma, and other ginormous things it sells with wheels that start with the letter T. No automaker has it worse than Ford and GM when it comes to being saddled with success. Their pick-up trucks and brute-utes are so popular, and sell so well, they cannot offset the poor fuel efficiency of these vehicles with superbly efficient, but stunningly expensive full hybrids and plug-in hybrids. Worse, their profits are skewed strongly in the direction of the leviathans, not the Lilliputians.
Hyundai is no longer a small car company, and it didn’t earn this distinction by accident. The Hyundai Elantra is a solid seller in the compact car segment and it gets 40mpg highway. The Sonata is also very popular among mid-size sedans and every engine it offers is either tops, or near tops, in terms of fuel efficiency. Hyundai moved away from offering a V6 in the Sonata when it was updated. Its new direct-injected, turbo 4-cylinder engine has been able to satisfy buyers looking for power. Hyundai does offer sport utility vehicles, but it stays away from the huge body on frame models popularized by the Detroit based manufacturers. Hyundai does not sell pick-ups at all in the US.

John Krafcik, Hyundai Motor America president and CEO is on the record summarizing Hyundai’s fuel economy goals; “We are committed to developing a suite of smart fuel-efficient strategies – from hybrids to new solutions in high-technology gasoline vehicles…allowing us to achieve best-in-class fuel economy and emissions levels for the Hyundai brand.” Hyundai’s adjusted corporate average fuel economy for 2011 was 27.5mpg. By comparison, GM, maker of the Chevy Volt, had a rating of 20.6mpg.

Hyundai has proven that the most successful way to achieve overall fuel economy ratings isn’t through low volume electric cars and plug-in Hybrids, but rather to avoid making hugely thirsty trucks and oversized sport utility vehicles.