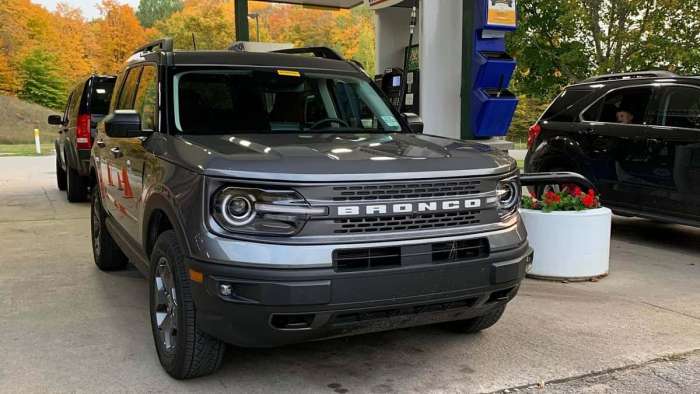 A random interaction between Jim Farley, Ford’s CEO, and a family of Land Rover owners resulted in a conquest sale for Ford. Here’s the way it happened.
Advertisement

Automotive executives like Jim Farley, Ford’s CEO, get to drive whatever they want from the company’s test fleet. This past October, Mr. Farley was enjoying a test drive of a pre-production Ford Bronco Sport when he stopped at a convenience store. When Mr. Farley came out, a family in a Land Rover LR3 was taking pictures of his Bronco Sport. A conversation ensued, the result of which was Ford earning a sale.

We will let the person who had the experience tell most of the tale:

“We were in the market for a new vehicle. The first delivery dates for the Bronco Sport were a ways out, so as we traveled around, we watched other vehicles on the road looking for inspiration. Nothing new interested us. Our local Land Rover dealer had offered us a deal on a Discovery Sport, but the styling was uninspiring, and past problems with our LR3 had left us considering a new SUV brand.

Our Land Rover dealer did have the all-new Land Rover Defender on the lot, totally updated with all the gadgets and gizmo’s, so we took it for a test drive. The only thing that stuck in my memory about it was the price. $80,000! 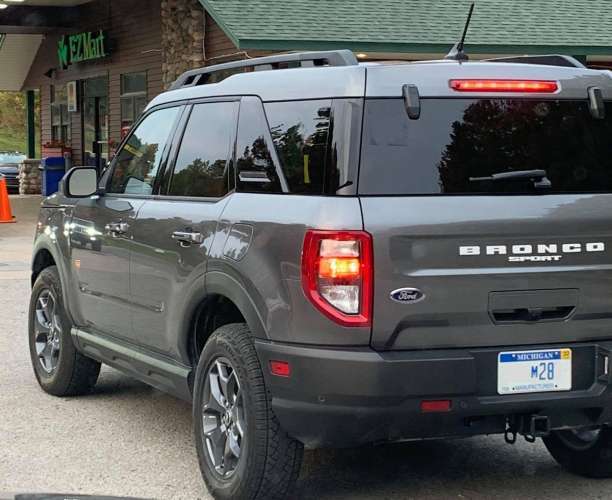 Fast forward October 2020, we are heading north with the grandkids and needed a break and gas. As we pulled into the station, there was a dark grey Bronco Sport in front, so we pulled in behind it. As it turns out, my husband had heard of the Bronco Sport, but we hadn’t yet seen any. We asked the driver if we could take photos. He had the Badlands trim and invited us to look inside and around it. He introduced himself as Jim Farley, the new CEO of Ford. Mr. Farley told us it was a prototype, and Ford hoped to go to full production in a couple of weeks. It was clear he was enjoying driving it. When I said we were driving the LR3, he chuckled and said, “I’m sorry.” We all laughed. Other people had also gathered around the new Bronco Sport. I’m not sure how long he got stuck there politely answering questions.

The next day, I was lamenting winter coming in and having to put my beloved Mustang into winter storage, which meant I had to drive the Land Rover. That prompted me to sit down with my laptop, and I was happily surprised to discover that Bronco Sport was open for reservations and orders.

Using the Ford configurator, I spent an hour or two exploring the many different options, trying to decide what color I would choose, which drivetrain, etc. Heated steering wheel, anyone!? When a vehicle ticks all the boxes and your salesperson is the CEO of the company, it’s time to pull the trigger! 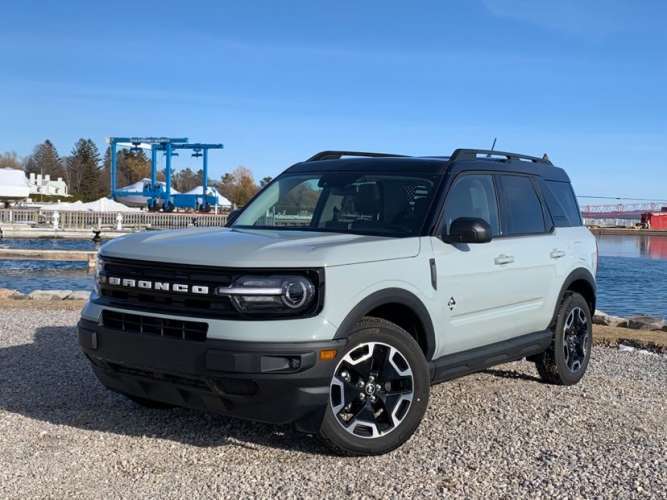 Our Bronco Sport (lighter colored one above) arrived on January 7th. It has exceeded our expectations in every way. The ride is perfect, the 1.5-liter Eco-boost engine is economical, and the heated steering wheel is appreciated every-single-morning. The Bronco Sport rides like it’s on rails in ice and snow with the stock Michelin Primacy tires. People stop me and ask about it where ever we park. Shout out to Jim Farley for being approachable and informative. We should also mention Ashley at Brown Motors for dealing with my over-the-top excitement and 100’s of questions. Last, thanks to Ford for staying true to themselves and producing such a fantastic-looking vehicle.”

Torque News wishes to thank our local Ford press representative for confirming with Mr. Farley that this story is accurate. We first heard of this story on the Facebook Ford Bronco Sport Owners Group. The images of the pre-production Bronco Sport driven by Mr. Farley were provided by Jan B. Our thanks to Jan B for agreeing to share her story of how her Land Rover LR3 and Ford Mustang came to share their garage with a new Bronco Sport.