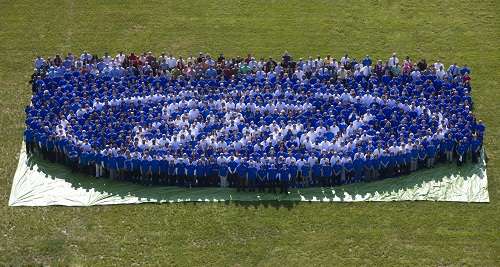 Ford returns to pawn shop to pick up its stuff

Change in fortunes for Ford results in some treasures being returned to the company.
Advertisement

Let’s think back to 2006; In that year the Mustang with a V6 had 34 HP less than a Honda Accord coupe with a V6. One of its top selling models, the Explorer, had flipped and rolled its way into American car folklore a few years earlier, and destroyed a sales success almost unparalleled in history. American Autoworkers were becoming famous for the “Jobs bank”, which in a nutshell was a program that paid autoworkers not to work. The products, finances and the workforce were in need of some changes. However, the banks were not in the mood to loan to a company on its way out without some guarantee of repayment. In order to secure the loans the company needed it had to put down its most treasured possessions as collateral. Just like in the show Pawn Stars, Ford was asked the question; “Do you want to pawn or sell?” Ford pawned the rights to the trademarks on the top selling vehicle, the F-150, its coolest vehicle, the Mustang, and the Blue Oval logo.

Allan Mulally, the most successful auto executive in history, who was not an auto executive until he took over the top job at Ford, is now widely thought to be “leaving Las Vegas.” Yes, he seems to be on a victory tour of sorts and he deserves it. Today, Alan figuratively put on his cowboy hat and went back to the pawn shop to retrieve the trademarks and the Blue Oval logo. In a press release today Mr. Mulally said “We are so proud of today’s decision by Moody’s and the resulting release of all collateral – particularly the Ford Blue Oval. This is an important milestone and further proof that, by staying laser-focused on our One Ford plan, the Ford team can deliver great products, build a strong business and contribute to a better world even through the most challenging external environment. Moving forward, we will continue to focus on driving profitable growth for all of our stakeholders. We are confident that, by staying focused on our plan and working together, we will maintain strong investment grade ratings through all economic cycles.”

There are many opinions and many viewpoints on the auto bailout in the US that took place about 2008. Here are some things that are facts and not opinions. Ford never took a bailout. It instead went to the bank and leveraged everything and got a loan for $23.5 billion (with a “B”). It was an all or nothing gamble and it worked. The other two large automakers formerly called American car companies (Chrysler had been owned by a German company, and is now owned by and Italian company) did not survive by their own merits and took taxpayer money to stay in business. Ford paid off the loan in 2011. Today Moody’s Investment Service returned Ford’s rating to investment grade.

Ford bet the farm back in 2006 and now has returned to health symbolized by the return of its trademarks it had pledged as collateral.

Frank Sherosky wrote on May 22, 2012 - 8:27pm Permalink
I thought you angled this article perfectly. Took us back first to the days when pawning had to be done, then updated us to the success of today for Ford!
Amazing Chevy V... wrote on May 22, 2012 - 10:45pm Permalink
All true and a big welcome back to the "Blue Oval"! Mr. Goreham, it is true that the 'others' of the Big 3 failed to survive the collapse of the world financials in calendar year 2008. Ford had secured its $50,000,000,000 leveraged line of credit as you have described, two years earlier in 2006- By late 2008, the world banks were in free fall. As then President Bush's Treasury Secretary- Hank Paulson, In his acclaimed book, "On The Brink", Mr. Paulson reflects on late September, 2008, that there was NO Money- The world financials were staring into the brink of the ABISS- It was in this collapsing climate that both Chrystler and GM stumbled- The rest is history and the Big 3 shall prevail as world players once again! Best! Thomas J. Thias @AmazingChevVolt
Frank Sherosky wrote on May 22, 2012 - 11:11pm Permalink
You are correct, Facts Guy, in that by the time GM and Chrysler turned on the credit spigot, nothing came out. Ford at least had some forward-looking vision, though, addressing debt issues; which proves the lack of forward thinking and courage on GM and Chrysler's part at that time. I was there when Fritz Henderson told GM employees there were no contingency plans for bankruptcy. Heck, even I had a contingency plan for the unthinkables. And that's when I knew it was time for me to go and protect my retirement. After that, I notice Fritz got a cushy advisor salary with GM even after it went bankrupt. Now I suggest the Big-3 not stumble with MPG. And until the Volt and EVs come way down in price where the rest of the folks can afford it, I suggest working harder on the IC engines, like HCCI and Split Cycle air hybrid, plus start reducing weight in terms of pounds, not grams. If they do not, the Chinese and Koreans may once again eat their lunch.
Suthy wrote on May 22, 2012 - 11:22pm Permalink
The others (GM, Chrysler) knew they were in trouble in 2006 as well, but didn't think they'd need to start digging their way out. Like Congress, they assumed that it would take care of itself and weren't willing to bet the farm to stay alive. Both companies' stocks were on the rocks and valuations were low. Ford attended the bailout hearings and then bowed out when it became clear that the government wanted nothing more than controlling ownership of the Big 3. Those of us who had no vested interest in any of the three don't have to don rose colored glasses to pretty up our perspective of the bailouts and what they really were. Some claim that those bailouts saved millions of jobs, which might be so.. but whose jobs? A lot of suppliers owed real debt got a screw job over those bankruptcies so that favor could go to the UAW for unsecured future debts.
Rick wrote on May 24, 2012 - 2:46pm Permalink
Awesome stuff.. You actually placed right stuff on the table. I hope more users will get the information that i receive from you..