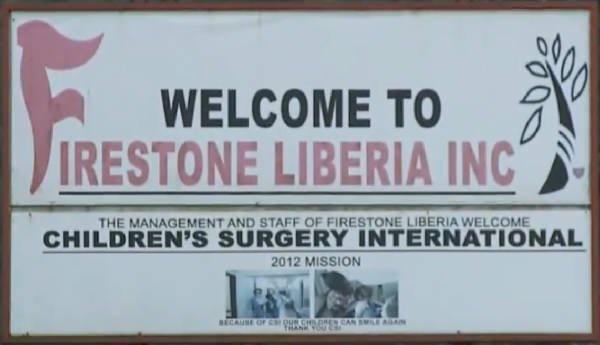 Firestone's fight against Ebola in Liberia seems to be working

Unlike government efforts in the broader fight, Firestone's 80,000 person community is doing well fighting back the Ebola disease using its own resources.
Advertisement

The tire company Firestone has been struck by Ebola in its Harbel Liberia rubber plantation but has beaten the deadly disease back. In an excellent report on the company’s efforts to save its people and those in surrounding communities NPR yesterday highlighted how the tire company has risen to face this challenge to help its people, and explains why it is having better results than government efforts to date.

Firestone In Liberia Fights Back
Firestone has many things to draw on that many government agencies inside West Africa do not in the fight against Ebola. Just some of the advantages the company has are organization, a committed management team, financial resources, and a long history of success. Drawing on these long-standing resources Firestone has kept the disease at bay since a single woman arriving back from a surrounding community walked onto the massive, 80,000 person Firestone plantation with the disease. She had been caring for an Ebola patient.

Company Efforts Succeed
The company immediately took action setting up hospitals and Ebola clinics to meet the demand for treatment. With no special gowning or barrier clothing to protect its health care workers, Firestone used the haz-mat suits it kept on hand for chemical spills. They worked. More importantly, the company has set up voluntary quarantine monitoring. NPR reports that “Dr. Brendan Flannery, the head of the U.S. Centers for Disease Control and Prevention's team in Liberia, has hailed Firestone's efforts as resourceful, innovative and effective.” WSJ On-line quoted the president of the Firestone plantation as saying “It was like flying an airplane and reading the manual at the same time.”

No Know Cases Left Among Firestone Community Members
Firestone’s efforts to contain the disease worked. The woman that appeared with the disease was treated, and no treatment workers or other plantation residents contacted the disease. For four months, all was well. Then, as the disease gained traction in the countries capital, more patients arrived seeking help from Firestone. The efforts were doubled down. Schools were closed to become treatment centers, and the teachers became door to door educators on how to manage the disease. NPR says that 72 cases were reported. The ratio of those who die to live is about 3 to 1. The CDC credits Firestone's close monitoring of those who come in contact with an Ebola patient with the success the Firestone plantation has had so far. By all accounts, Firestone has been able to contain the spread of Ebola within its own community. According to the WSJ On-line, as of last week there were no cases among the Firestone employees or their families.

JeffS wrote on October 9, 2014 - 7:49am Permalink
BIG Kudos to Firestone. It's so refreshing to read about a Company that is, "Giving back" in such a meaningful way.