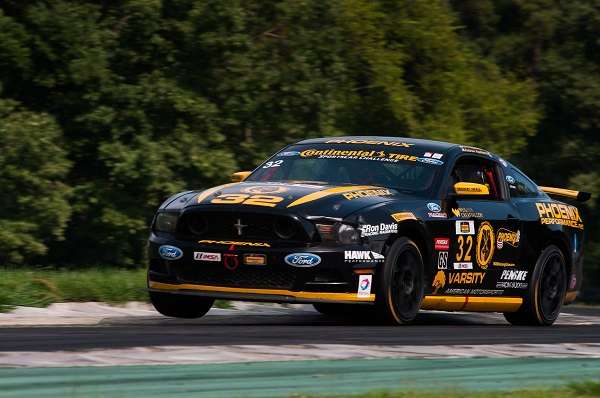 Will the new EPA rule mean the end of the performance car culture?
Advertisement

The EPA is trying to “clarify” part of the Clean Air Act. In past years, the EPA has not prohibited performance shops and aftermarket companies from modifying the engines on cars meant for competition. That may be changing.

We communicated with the Laura Allen, the EPA’s Deputy Press Secretary after SEMA, the specialty equipment organization, raised the red flag over language it found in a document proposing regulatory changes. We asked Ms. Allen if this was a misunderstanding, and she was kind enough to give a straight answer. She said in part, “People may use EPA-certified motor vehicles for competition, but to protect public health from air pollution, the Clean Air Act has – since its inception – specifically prohibited tampering with or defeating the emission control systems on those vehicles.” That seems reasonable enough, but in point of fact, racetracks all over the country host owners that run modified street cars every day.

With VW having recently defeated the emission control systems in about a half-million U.S. vehicles on purpose (by its own admission), the EPA is apparently going to do more enforcement anyplace it can. The language that is upsetting to the performance enthusiasts and business owners is,“…anyone modifying a certified motor vehicle or motor vehicle engine for any reason is subject to the tampering and defeat device prohibitions of paragraph…”

Torque News Reached out to Jordan Watson, the President/CEO of National Speed in Wilmington, North Carolina. National Speed is a high-performance automotive center that enhances the performance of classic and modern automobiles for owners to use both on track and off. The type of modifications done are specific to the car’s intended use as a street car or a track car.

TN: Why are you concerned about EPA taking this action now?
Jordan Watson: “Purposeful ambiguity in any regulation or law is my main concern. Any purposefully vague language serves the sole purpose of enabling government agencies to later shape regulation or law to their own special interests. This topic is a prime example of this."

TN: What is the main concern for you and those in your business?
Jordan Watson: “For me it is not about business. It is about a way of life. To car enthusiasts, cars are not just a way to get from point A to B – these cars are part of who we are as people. We build our cars to reflect our personality. Whether we use them for track cars, mud boggers, off-roaders, it doesn’t matter, we view cars as something much greater than just large-scale transportation. I agree we need to take care of the planet but we need to be clear what the law actually is. The last sanctuary we have, the race track, is now under attack not by lawmakers, but by a government agency slipping in a few sentences to a 600-page regulatory document unrelated to racing. Such disingenuous practices cannot be tolerated, and must be called out when uncovered. We all have to act."

barry dyer wrote on March 23, 2016 - 4:19pm Permalink
This is the worse administration ever! They are destroying this nation ! They are killing jobs by the thousands.

Tesla Contemplates A New Strategy for China Retail even As Sales Boom
Jay Leno on Elon Musk & EVs: “I Think He Should Get ... Credit"
END_OF_DOCUMENT_TOKEN_TO_BE_REPLACED