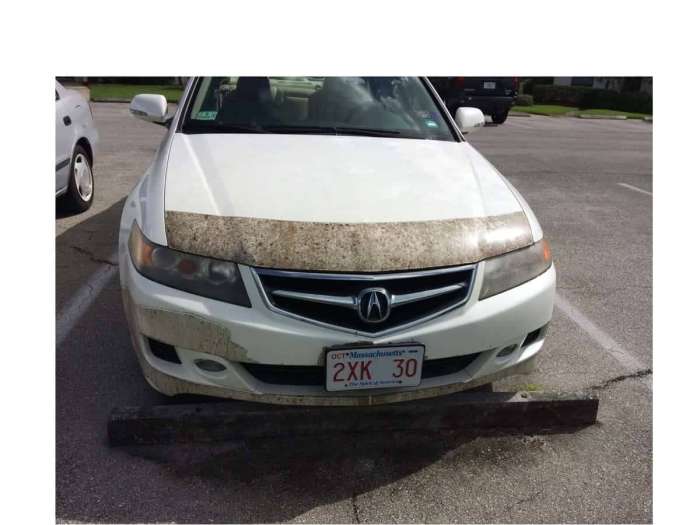 Those protective clear bras have a purpose, but this story will make you think twice before getting one.
Advertisement

Clear film bras, a.k.a paint protection films (PPF) can do a great job keeping your hood and bumper from being damaged by stones, sand, salt, and other road debris. Here in the Northeast, they are very popular and many of the new vehicles stocked at dealers already have them applied. Dealers love them because they can add them for short money and charge the new car buyer hundreds and pocket the profits. If they worked great forever it would be a win-win for the buyer and seller. The problem is, they don't last forever, and getting them off is almost impossible.

The image above is from a "snowbird" couple, John and Jane. Their 2008 Acura was quite happy in the northeast with its bra for about 5 years. After that time, it started to harden and peel at the edges. There was also a discoloration that waxing and washing could not remove because it was in or under the plastic itself. John told us, "When we bought this car, we bought all the protections. Wheel and tire, added warranty, and this clear film. We wanted to preserve this car because we knew we would be keeping it a long time." John Added, "When the dealer sold us this clear bra he told us that it could be easily removed at any time." As it turns out, that was not true and the Boston-area Acura dealer was no help at all when the bra began to fail after about 6 years.

John tried to remove the bra himself with heat and a scraping tool to lift the bra and peel it back. The problem was the bra was so degraded that it would just flake and every inch was a battle. The adhesive left behind was almost impossible to get off with all of the solvents he tried. He gave up after a few hours of effort. A local body shop quoted him $750 to remove it but would not guarantee any damage that might occur while it was being removed. So the couple passed and lived with it. They then drove the car to Florida and left it for the summer without a cover. 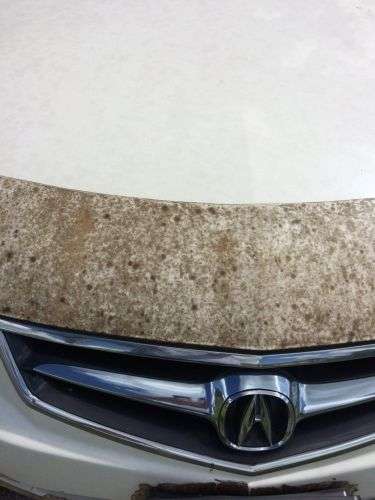 When they returned this month, the bra had taken on the brown "marbled" look you see in the images. "It was like a granite countertop," Jane says. "But when you looked at closely you could see it was just moldy and dirty." Frustrated, they turned to a body shop in Naples Florida. The shop was able to remove the bra with only minor damage for $477. The body shop tech told John "We see these all the time now. They are very hard to remove." 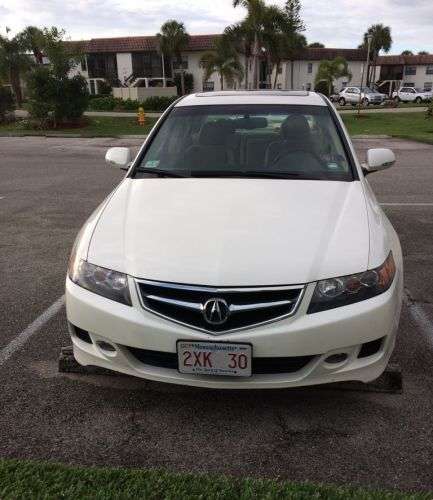 The picture directly above is the after the removal. The hood is perfect, but the bumper and air dam both have minor damage from the removal work. The estimate to re-paint was another $500, so the couple has opted not to do that work. Jane summarized her thoughts on the clear bra, saying, "It's so crazy. We paid for that thing to be put on to prevent damage and it ended up screwing up the car and costing us money to remove it." John is happy with the final outcome and says, "It is such a relief to have it off. The car looks brand new now." 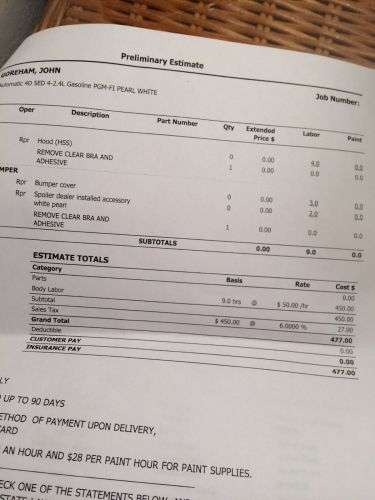 Jeff Phillips wrote on November 15, 2018 - 6:03am Permalink
This is due to two things: - Leaving the clear bra on beyond the designated warranty period - Outated Film technology Today’s films won’t do this.

LG's New EV Battery Plant Is a Welcome News for Tesla
Tesla Giga Berlin's New Hurdle: It's Not Only the Gov't, but Now Tesla Itself
END_OF_DOCUMENT_TOKEN_TO_BE_REPLACED