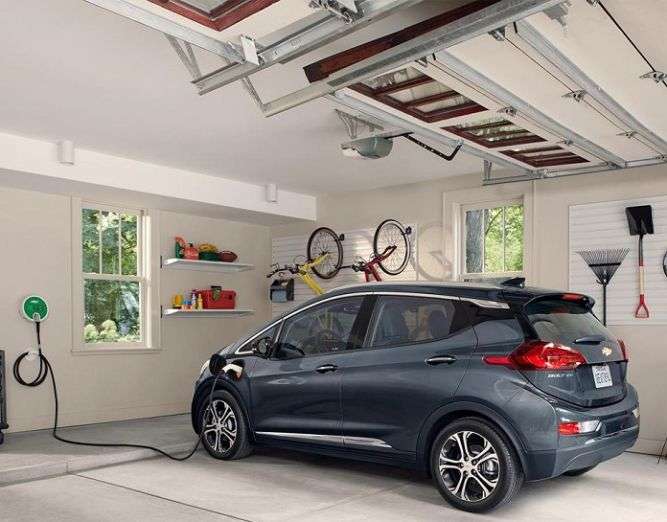 By contrast to Tesla's failed Model 3 launch, the Chevy team has demonstrated how to launch a modern EV.
Advertisement

Over the past three years or so, electric vehicle advocates have been awaiting the launch of two special cars. The Tesla Model 3 and Chevy Bolt were both to have expanded the electric vehicle market considerably in the U.S. by offering lower cost, longer range, fun to drive vehicles. Both automakers have launched their cars, and one has succeded, Chevy with its Bolt.

Chevy Bolt Launch - Defining Success
What constitutes a successful vehicle launch is not set in stone. In conventional compact and midsize cars, crossovers, or with pickup trucks, the goal is simply immediate high volume coupled with high quality. Cars like the Toyota Camry and crossovers like the Honda CR-V launch after considerable preparation, in all 50 states (and Canada), and put up 30,000 unit sales in the first month they are available. Trucks like the Ford F-150 do the same thing but with double the volume. With electric vehicles, the expectations are somewhat lower, and they are often set by the automaker.

In the case of the Chevrolet Bolt, General Motors prepared its key suppliers in advance, re-tooled its Orion assembly plant, tested the vehicle for all EPA-related specifications, and prepared its dealer network for a phased rollout starting in key target markets. Chevy also prepared all of its warranty and maintenance documentation and provided test Bolts to every major and even minor media outlets so the public could get a sampling of fair, third-party evaluations of its latest EV. Every step of that process went off smoothly, and as planned.The press even named the Bolt "Car of the Year."

Chevy's next step was to ramp up volume, add more states, and begin to advertise and promote the Bolt to buyers. Chevy has also succeeded in every one of these steps. In every one of the past ten months, Chevy's volume of the Bolt increased. In July, the Bolt became the top-selling EV in America for the month, and in three of the last four months, the Bolt has been the top-selling electric car in the U.S. It's sales of 20,000 units year to date are just behind the mature Tesla Model S and the Bolt may well end up the top-selling EV in the U.S. market this year.

Chevy's remaining step in its launch is to continue to ramp up to its target volume (which it is now approaching). Behind the scenes, Chevy has already begun to work on its second-generation Bolt and at least one affordable Bolt-platform-derived crossover. Chevy has also created fully-autonomous Bolts and is preparing a global ride-sharing enterprise based on the Bolt.

Tesla Model 3 Launch Failure
Tesla handled the Model 3 launch a little differently. The company has been boasting about a $35,000 entry price now for years without ever selling a Model 3 for $35,000. Only more expensive long-range Model 3s were part of the failed launch. Tesla's leader, Elon Musk, also boasted in tweets that by this date, December of 2017, the company would be producing and delivering 20,000 Model 3 cars per month. It has only managed about 800 total since its launch in July.

Tesla also has not told shoppers, or reservation holders how much its Model 3 maintenance plan will cost, and the EPA information required for its Monroney window sticker was delayed by four months, something unheard of in modern America. The latest news, from Reuters, is that up to 90% of the Tesla vehicles produced did not pass quality inspections at the end of the production line. Worse, a Tesla Model X owner and key investor was granted exclusive access to the Model 3 (which Tesla has kept guarded from the press) and he found the Model 3 to be of low quality by comparison to the Model 3's key competitors. Rather than risk embarrassment from the independent media outlets that do reviews of EVs, the folks at Tesla opted not to supply test vehicles to even pro-EV outlets. Tesla even pulled its Model 3 from car of the year consideration. Behind the scenes, Tesla was developing a new low-volume hand-built supercar for the ultra-wealthy.

Two important new electric vehicles. One from a company with a solid design, marketing, and production foundation, and another from a dynamic, low-volume, luxury car maker with a charismatic leader. The results speak for themselves.

LG's New EV Battery Plant Is a Welcome News for Tesla
Tesla Giga Berlin's New Hurdle: It's Not Only the Gov't, but Now Tesla Itself
END_OF_DOCUMENT_TOKEN_TO_BE_REPLACED