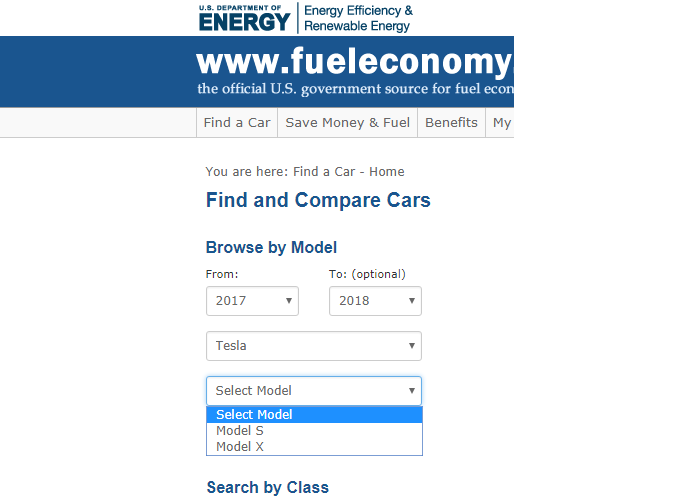 Tesla's Model 3 launch issues are now staking up. Here are two possible reasons why there is no official EPA data yet for the EV's window sticker and why buyers really don't know what they are getting for their dollar.
Advertisement

The Tesla Model 3 is now in its fifth month of delays since its July launch and first vehicle deliveries. Yet, there is no official EPA data on range, efficiency and cost per mile for energy. There are likely two reasons for this unusual delay.

When new car launches, the automaker and the EPA are supposed to have already worked out the legal fuel economy data that will become part of the Monroney window sticker affixed to every vehicle. The official data are also posted to www.FuelEconomy.GOV, the Department Of Energy's vehicle data website. In an electric vehicle, the range, MPGe, efficiency in kWh/mile and cost of energy per year are the most important data and appear in the largest bold font on the sticker. Since its launch in July, Tesla has not been providing that information.

Torque News communicated directly with the folks at www.FuelEconomy.GOV in July, who told us that Tesla would use a provisional set of data until official data were agreed upon. They also said, "This provision in EPA regulations allows manufacturers to introduce a model based on manufacturer’s test data, while the test vehicle is being confirmatory tested at EPA." Typically, this unusual exemption is for one month.

According to many reports, such as one by the publication eletrek, the EPA testing is complete and has been for a while. However, the rumors are that EPA and Tesla have not agreed on what the official range of the longer-range Model 3 should be. Speculation is that the EPA's data show a slightly longer range than Tesla wants to use as its official number. We would applaud Tesla's conservative approach if we didn't also think this is some badge engineering effort by the company to keep the range lower than the much more expensive Model S.

A second reason that Tesla may want to lower the official range is that Tesla may still not be entirely sure what version of the Model 3 it plans to sell. Perhaps Tesla knows that there is variability in its battery packs and that they think the EPA tested one of the higher-range prototypes, rather than the exact one Tesla will choose to market. If this is the case, the Model 3 "on-the-fly" production is still scary to anyone who knows how complex machines are built and sold.

Either way, now in the fifth month of a failed launch, buyers and shoppers still don't know exactly what they are getting with the Tesla Model 3.