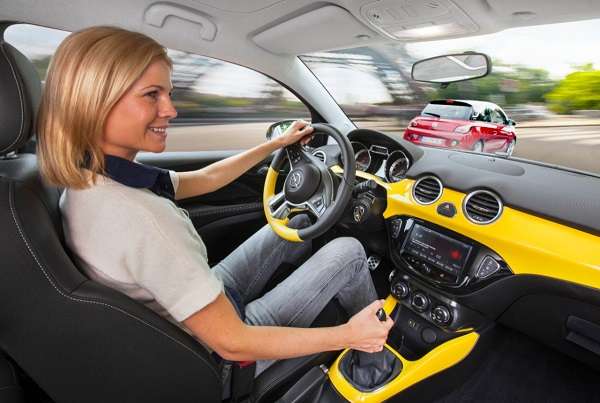 Cars are about to become free, which will you choose?

Car deals are growing ever closer to being free of charge. Here are a couple of examples available today.
Advertisement

Car deals are getting closer and closer to free. There was a time when a car cost real money. You would have to actually pay the cost for the car, and the automaker would have to take a profit from that payment or go out of business. We all know that’s not true anymore, and a few recent examples have us wondering at what point some car deals will be so great that collecting the small stipend to complete the transaction just won’t be worth the hassle.

Our favorite example of a car being almost free is the Nissan Leaf. This is one of the top sellers among electric vehicles (EVs) globally, and is often the top selling EV in America in any given month. If you live in a state that likes to throw taxpayer money back at its residents, like California or Georgia, you might be able to finagle a way to make a Leaf pretty close to free. Start with the base model Leaf S. That car has an MSRP of $28,980. After your federal tax kickback of $7,500 plus your state kickback (Georgia) of $5,000, the car will cost you $16,480. That is on day one. Drive the car for a year and then sell it used for $16,480 to a resident of one of the sucker states that doesn’t throw money at its residents. Free car. Feel free to substitute the Leaf for a Ford Focus electric or Fiat 500e. The idea works the same way. We picked the Leaf because it is popular.

Here’s another idea. You have to drive for work though, and we don’t mean a commute. Let’s say you drive 5,000 miles each year for your job visiting customers, or clients, or rental properties, or some other valid, federally expensable trip. Your federal tax deduction for that many miles is about $2,800, or $233.00 per month. With almost no effort you can find a decent car like a base Camry that will lease to you for roughly that amount per month. If it’s electric, plug it in at work, or maybe even at a customer’s charging station, and skip the fuel payments too once in an while. The other 5,000 miles on the lease are yours to use however you wish. This is not a myth, I’ve done this with cars when I was on the road selling. The trick is to simply get the most basic car your employers and/or customers will tolerate you driving.

Another free car we like is the Honda Fit EV. In California it leases for $259 per month, with just $259 down when you sign up. That isn’t free according to my calculations. However, then the state of California gives you a $2,500 rebate. Hmm. Looks like the first 9 months are free. So not free for the whole lease, but for a long time it is going to cost you zilch.

If you don’t want to actually own the car, keep your eyes open for short term deals. We’ve seen some good ones, but our favorite was spotted by a Torque News staffer who may travel to Israel. There, a small car like the Chevy Spark rents for about $7.00 per day. There is some fine print, for example you must be a US resident and use a US credit card, but our staffer is and he will be. Considering a Venti Skim Latte at Starbucks is now about $ 4.35 most places, seven bucks a day for a car is basically free.

There was a time in the US when people actually paid for stuff like basic cell phones, long distance service, newspaper stories, magazines and other things we now basically get at no charge. With subsidies for EVs growing each year, and the actual cost of the cars declining each year, I’m going to keep my eyes open for a deal that says “Nothing down and nothing per month.” We aren’t far from it now.

Parks McCants wrote on March 27, 2014 - 3:31pm Permalink
Interesting. I've also seen Smart Car in an attempt to build sales offer a 10 year extended battery warranty. However, without fed and state tax credits the scenario doesn't play out. "State subsidized personal transportation." None the less, cheep and fun to drive. I'm happy to see the EV market record measurable sales momentum. Interesting observation John, Thanks.
Mechele Dillard wrote on March 28, 2014 - 8:54am Permalink
Hmmmmm ... I live in Georgia, but I've never had any money thrown at me ... I guess I'm not doing my research? Next time I buy a car, I will keep your tips in mind!
Turbofroggy wrote on March 28, 2014 - 10:48pm Permalink
Just go to your local Nissan dealer. In Georgia, you can lease a Nissan Leaf for essentially free. Georgia pays you $5000 and the total of the payments on a 36 month lease on a Leaf is almost exactly $5000. The Leaf will go 1000 miles for around $21 or less in electricity, about 1/6 to 1/10th the cost of gas. Essentially almost a free car.
Mechele Dillard wrote on March 28, 2014 - 11:03pm Permalink
Interesting; I may have to check that out, Turbofroggy; thanks!
Ron Winton wrote on March 31, 2014 - 11:35pm Permalink
Charge those EVs with a solar powered EV charging system equipped with new ultra high performance Hyper X Solar panels and your electric car will be free by paying for itself in fuel savings. Hyper X Solar's N-Type, thin film passivated, tunneling junction architecture provides higher efficiency, a smaller footprint and a much lower cost which makes Hyper X solar's price/performance ratio hard to compete against when compared to conventional solar panels. Hyper X solar offers a better PTC to STC ratio "Real World" performance according to the California Energy Commission's performance rating listings than over 100 of SunPower's solar panel models. Hyper X solar also offers an incredible -0.27%/degree C temperature coefficient rating for awesome performance in hot/warm climates and best of all Hyper X solar systems are priced thousands less and even tens of thousands less on larger systems than a SunPower solar system.
John Goreham wrote on April 4, 2014 - 1:26pm Permalink
Ron, I couldn't tell from your post - How do you feel about Hyper X Solar panels?