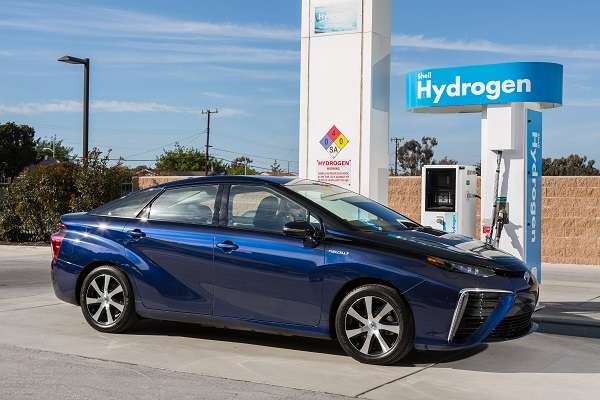 California pushes hydrogen cars with 2X the rebate of EVs

Why does California offer twice the rebates on hydrogen fuel cell cars that it does for EVs? And where is the Toyota we keep hearing about?
Advertisement

We’ve been following the hydrogen car scene now for a few years. At first all the news was about the Honda FCX Clarity. Folks in the green car movement found it cute and interesting in a funny sort of way. Nobody’s laughing anymore since Toyota threw its hat into the ring to become the fourth automaker to get serious about producing a hydrogen fuel cell electric vehicle (HFC EV). The battery electric vehicle (BEV) EVangelists feel all sorts of insulted that any plan but theirs might have government backing and are rapidly typing angry-grams to post on blogs. The delicious irony is that it was the same team that mandated EVs, and gave them a future, that is now doing the same for fuel cell vehicles. Even better, the folks in California that came up this market-by-government-mandate plan like hydrogen powered EVs twice as much as BEVs.

On its website where it gives taxpayer dollars to those that choose to buy EVs, California shows its preference for HFC EVs by offering a $5,000 instant rebate to anyone that wants to buy a Honda, Mercedes, or Hyundai hydrogen fuel cell powered EV. Cars favored by top earners like the BMW i3 and Tesla Model S only get $2,500 off the price of their $50K to $130K car. Even the affordable EVs like the best-selling Leaf only qualify for the $2,500 rebate. Further down the list, the sort-of EVs like the Volt and Plug-In Prius only get $1,500. So why does California “punish” cars that run off electrons in favor of cars that prefer elements with one electron?

CARB and other California clean-air groups put a high value on the speed at which one can fuel a zero local emissions vehicle. Also important is the range the vehicle can travel after refueling. As it turns out, HFC EVs simply spank the BEVs in these two important areas, so CARB wants to reward them.

To answer the question in our teaser above, Toyota’s Mirai is expected to join the party later this year. When it does, the company that sells more green cars in California than any other automaker will begin to support CARB’s mandates with a vengeance. Toyota is planning to put its financial might behind this hydrogen fuel cell push to see what it can do in the market. As the world’s most profitable automaker, we are guessing it will do quite a bit. Time will tell.

If you would like to be part of the green-car discussion here's your chance. Green-car experts, automakers and experts from around the world are converging on the Massachusetts Institute of Technology May 21st. Register here to add your voice.