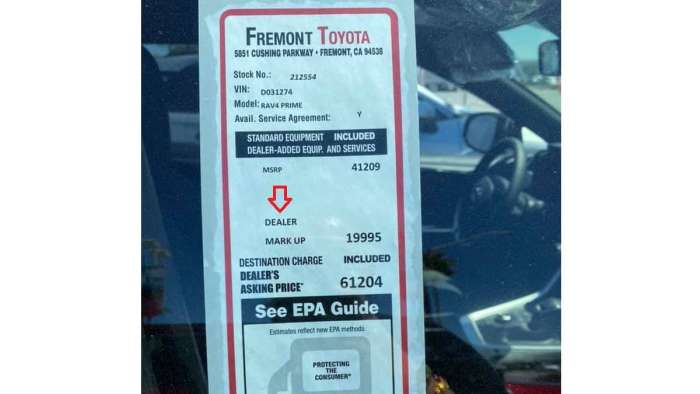 California Owners Report Highest Dealer Markups On EVs - Are EV Incentives the Cause?

In our recent series on how much more or less than MSRP shoppers are paying for vehicles, high markups on EVs in California seem to be most commonly reported.
Advertisement

Torque News recently decided to ask actual owners of new vehicles what they paid for the vehicle relative to MSRP. With widespread reports of huge dealer markups on social media often earning many shares and likes, we decided to see what recent buyers say they paid over the past 18 months from some of America’s most popular crossovers. We polled owners of Mazda CX-5s, Toyota RAV4 Hybrids, Toyota RAV4 Primes, Toyota Highlanders, and Ford Mustang Mach-Es. Overall, we learned that most shoppers for popular crossovers are paying MSRP or less. Reports from actual owners of having paid meaningfully more than MSRP are relatively rare, but those reports varied by model and most interestingly - by location. 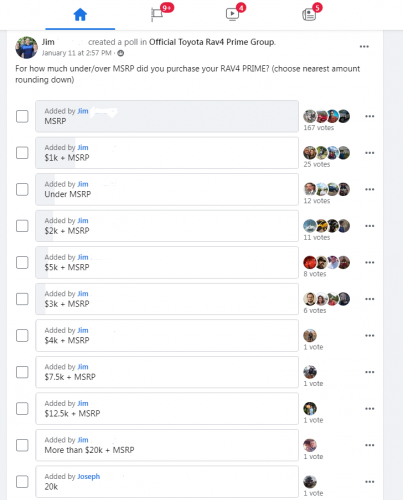 California EV Sellers Markp Up EVs the Most
With pretty good consistency, comments under the polls we ran, comments under the resulting stories posted to Twitter and Facebook, and feedback from readers under the stories posted on Torque News in our comments section all pointed to two informal conclusions:
1) Many people think that the story conclusion that most folks pay about MSRP or less is false. Almost all of those who say this didn’t actually buy a vehicle.
2) Shoppers and owners in California seem to report that markups on EVs are among the highest in the nation.

Why Are Dealer Markups On EVs Higher In California?
Assuming for a moment that these spurious claims of EVs being marked up more than other vehicles and that most of the big markups seem to be in California are true, we wondered why that might be. We have three theories:
1) California is the state with the most generous state EV rebates and incentives. Thus, the dealers simply mark them up by that much or more in value.
2) California is the state with the most EVs. This is a fact, not speculation. Therefore, EVs may be more popular in California, and thus, markups are on the popular models. Which happen to just be EVs.
3) Perhaps California has a portion of its population with more income with which to buy a pricey EV? In other words “Demographics.” As an example of this aside from cars, take real estate in California, which is often priced per square foot in desirable neighborhoods among the highest in the nation.

Let’s examine some of the comments under the stories. By the way, the stories that were the inspiration of these comments are listed as links below.

Torque News Comments Section Replies Under Toyota RAV4 Prime Story:
Dean McMannis, a contributor to TN and long-time EV owner, reports: “Edmunds (car reseller) says that the average price of the RAV4 Prime in the San Francisco Bay Area (CA) is $52K, and looking at available models for sale I see prices between $46K-$62K on their site. With a base MSRP of $40K. I wouldn't be surprised if Edmunds is the anomaly here, and northern CA prices are often higher than other areas. But I am surprised to see that some buyers are getting them for under MSRP.”

“I think most of the folks that own Rav4 Primes don't want to admit that they paid over MSRP. I know right now that if you're serious about buying a Prime you have to go to California as they are getting most of the allocations. I've called 15 different dealers to try to get on a waiting list and they all want at least $5k over the sticker with most asking $10k. The single exception is an Ontario CA dealer, but they will only sell to you if you live within 25 miles of the dealership.”

Reply Under Torque News Story on Ford Mustang Mach-E
Commenter from San Diego, Ca. “I was shocked and dreams of buying a Mustang Mach-e with an upgraded sound system, excellent safety features, blue cruise, self-parking, and keep up with the big boys speed vanished because of $7500 markup.”

Comment In the Hyundai IONIQ5 FB Group:
“Road tested a Limited AWD Lucid Blue today at Roseville Hyundai (California). It was one of the first to arrive in the state. They hadn't even taken the tape off the outside or the plastic wrap out of the inside. We were the first to test it. We were very impressed and wanted to buy it. They wanted 10K over MSRP. I offered MSRP. They asked if I had a middle-ground. I said no. We thanked them and left. If you want one, they have one available...at a price!”

Comment Under Torque News Story
One comment that we found to bolster the idea that buyers link dealer markups with offsetting EV incentives was this one under our RAV4 Prime price story: “I paid +$5k over MSRP for a 2021 R4P SE. But I purchased through the California Clean Cars for All Program so I got a $9500 grant + $1500 Clean Fuel Rewards + $1000 Clean Air Rebate (that I have collected) + the $7500 tax credit. Totally worth it! It has been an amazing vehicle!”

Not All Vehicles Sold In California Have Markups
Not all California crossovers cost above MSRP. This comment was posted today at the Facebook Mazda CX-5 club: “Didn’t think I would be getting one of these this weekend but couldn’t pass it up. No “market adjustment” and just as important no dealer add on’s. 2022 signature in deep crystal blue mica.” 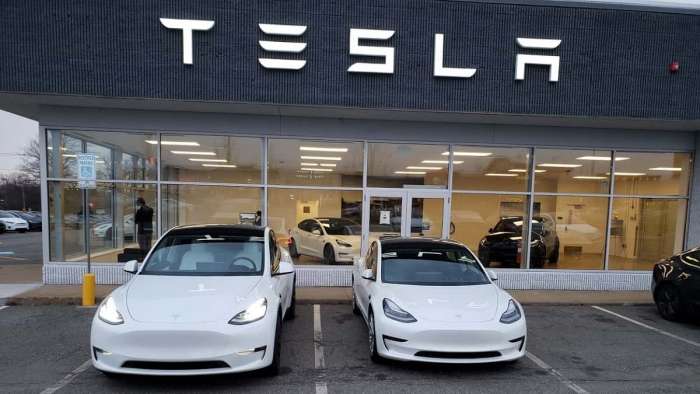 But, But, Tesla!
For many EV shoppers, none of this matters very much because they buy a Tesla. Or does it? Although Tesla does have a direct-to-consumer retail model, and therefore the term “Manufacturer’s Suggested Retail Price” has no meaning, Tesla has raised its prices over the past year dramatically. The best Tesla market adjustment pricing example is the brand’s most popular crossover, the Model Y. Tesla raised the price of the least expensive Model Y from about $40K to over $60K, a 50% price increase, in just the last 12 months. In addition to MSRP, Tesla adds a destination charge and order fee that add up to about $1,500 to every vehicle it sells. Remember, Tesla has no dealers, and it makes this vehicle in California. There is no mandate or law that says Tesla has to add a markup over its meaningless MSRP to pay for the vehicles it delivers to itself. Tesla is free to just put a single price tag on what vehicles it sells.

Our polls are informal, but we have seen examples of purchase contracts submitted from new owners that support most of the observations we are reporting. Included was a $43K purchase price for a new Tesla Model Y back about a year ago. That same vehicle costs over $65K today.

Do you feel our suggestion that Californa’s EVs are marked up by dealers (and Tesla) partly because of available and pending incentives is correct, or are we grasping at smoke? Feel free to offer your observations and conclusion in the comments below.

Huge Dealer Markups May Not Be What They Seem