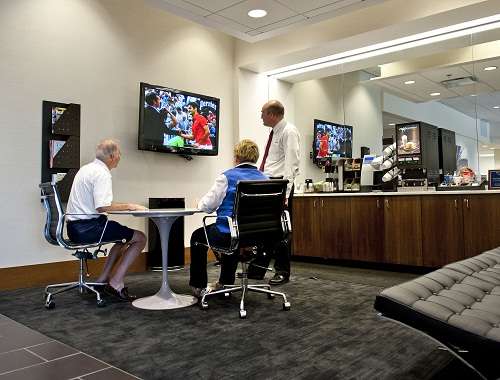 Cadillac wants to eliminate about half of its U.S. dealerships.
Advertisement

Cadillac is struggling with multiple issues this year. Sales are down overall, and the mix of products that Cadillac sells are trending heavily towards just one model. Although many associate Cadillac with its 200 MPH CTS-V super sedans and its mega-luxury Escalade sport utility vehicle, the truth is the company does not sell very many. Almost a third of Cadillac’s sales are now from just the XT5 midsize crossover that recently replaced the SRX model. More bad news. The XT5 is not selling as well as the model it replaced. With sales down, Cadillac is looking to make big changes, starting with its dealer network.

Cadillac is on pace to sell roughly 155,000 vehicles in the U.S this year, down about 7% from its sales last year. That is roughly half of the number of vehicles rival Lexus will sell this year. To move those 155K vehicles, Cadillac has an amazingly-high number of dealers, 925 to be exact. Lexus has just 236 dealers to move double that number of vehicles.

To put it into better perspective, Cadillac has about 400 dealers who only sell about one vehicle per week. For three-quarters of these dealers, Cadillac only represents ten percent of the vehicles they sell (many have other GM brands on the same lot). Lexus dealers average 30 per week and primarily sell only new and pre-owned Lexus vehicles on their lot.

Cadillac's plan is to eliminate 400 of its lowest-performing dealerships. The plan is named Project Pinnacle. To overcome objections by the dealers, Cadillac is offering buyouts in the neighborhood of $120,000. “Our target is zero defectors,” Cadillac President Johan de Nysschen told Automotive News. He added, "Our target is to have 100 percent of the Cadillac dealers engaged with the Cadillac business.”

This isn’t Cadillac’s only dealer plan to have been launched in recent years. About four years ago, Cadillac tried to keep pace with Lexus, whose dealerships had become much fancier. That plan was called the Cadillac Luxury Buying Experience. The image above is from the press release announcing the plan. As you can see, it didn’t result in a wave of enthusiasm. (More on page 2)

Cadillac has made many missteps in our opinion. The naming convention confusion that has an XT5 sitting next to an XTS on the showroom floor was amplified when Cadillac named a new concept car Escala, only two letters different than the existing Escalade. This confuses shoppers. Cadillac also missed the premium crossover trend. Lexus sells two premium crossover models, plus hybrid models of both. Lexus has a third coming in 2017. Cadillac has just the one and continues to focus on new full-sized super sedans and coupes, which every brand is selling less of every passing year. However, this dealer reduction move makes good sense. Many of Cadillac’s dealers have mentally checked out. To be successful, the company needs to have every dealership fully committed to the Cadillac brand.

Parks McCants wrote on September 27, 2016 - 1:52pm Permalink
$120,000 is an insult to a long term auto dealership. As noted in the article, there are NO stand alone Cadillac dealerships in North America.
John Goreham wrote on September 27, 2016 - 3:18pm Permalink
Agreed. I was shocked by that number. Think of it in the inverse: Would you pay $120K to be a Cadillac dealer? Many would say YES! to that, even with its current issues. Perhaps GM corporate is planning to add to the $120K "destination and delivery" plus "documentation fees" some "paint protection" and "Interior Scotchguard" and "Tire and Rim Insurance." After all that added stuff, maybe the dealers will get $250K? Kidding aside, even with shared resources, selling 4 vehicles per month must make these low-volume dealers unprofitable, so who knows?
Parks McCants wrote on September 27, 2016 - 5:51pm Permalink
Back in the day I was offered a Chevrolet. Oldsmobile dealership franchise and "book" from an old friend wishing to retire. This was in the mid 80's. At that time, his small volume, mostly fleet sale franchise commanded an asking price of $450,000. Less than two years following the offer, Chevrolet forced 100s of small dealerships to close down,based on volume of cars sold, or lack there of. In the 90's an associate sold his Chrysler/Dodge dealership to Lithia Group, Granted, the facility was relatively new, his sales price was $5.5 million. I'm one of those old school car guys that would be happy to bet $120K on the Cadillac brand. When the unit stops presenting "extreme" body designs based on relatively small displacement, high output, 4 cylinder turbocharged engines, the "premium" that this iconic mark was built on, will return to the tarnished brand; resulting in new found sales success. In-fact, if G.M. was willing to sell the rights to the Cadillac brand name, a watch and clothing line come to mind.
Fahr Sicher wrote on September 27, 2016 - 7:34pm Permalink
As is nearly always the case when a German tries to run a US auto company with a well known marque, they just don't seem to be able to grasp reality... First, these dealers will smell money and I am 100% certain the $120k number is off by a couple of magnitudes. $1.2M blue sky maybe, plus all parts, cars, signs, special tools, printed material etc. is a bit more realistic. And how do car companies measure "under performing"? They paint every dealership with the same brush and half rise above the line and half fall below it. They give zero consideration to demographics, psychographics, seasonality, unique market product demands (AWD, etc). They simply say "if there are 100 Benzes, Beemers, Audis and Lexus sold in a given market we want X% of that 100". If the market is made up of mostly Chinese who have zero name recognition for Caddy but who love BMW and MBZ that just means the Caddy dealer in that market sucks and should have his franchise pulled. Good luck on this one Johan...