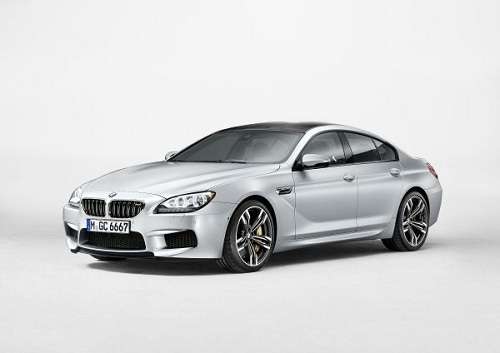 BMW will launch its most exclusive car, the M6 Gran Coupe in 2013

BMW's most exclusive car M6 will launch soon. Learn what makes it so special.
Advertisement

The 2013 BMW M6 Gran Coupe is BMW’s largest M car. Of late, BMW has turned to making every model a step in exclusivity. Starting with the 1 series where $ 42K will get a buyer a four cylinder engine in a very small car (gray paint is $550 extra), and moving up to the ladder, each and every model seems to be unique in the eyes of BMW. The current BMW 6 M coupe with all the bells and whistles costs about $125,000. Buyers do get the paint included at that price, but do have to pay $187 extra for floor mats and a $1300 gas guzzler tax. With its introduction of the M6 Gran Coupe, BMW offers up its largest special car, and looking at the specifications, it is indeed special.

What is an M6 Gran Coupe
The 2014 BMW M6 Gran Coupe is a four door. Please forget that the word Coupe means 2-door. Originally, BMW envisioned the even number cars as coupe (2-door) variants on their odd number cars, but they now offer both 2 and 4 doors on those as well. For example, Torque News recently broke the story that there may be a 4 Series on the way, which will be a coupe (2-door) and convertible of the current 3 Series, but with the highest level content and slightly larger dimensions on the 3 platform. The 6 Series is based on the 5 and 7 platform, which they share. Thus, the 5, 6, and 7 are platform mates and all share much of their mechanicals. What differentiates the 6 from the 5 is the styling, which is much sexier, and the price. For example, a twin turbo V8 BMW model 550i, 4-door sedan is priced in the mid-$ 70K range with every option including the M-Sport option. However, the M6 Gran Coupe will sell for about $130K, nearly twice the cost. One has to really like the styling of the 6 better than the 5 considering they could have one 550i for themselves and one for their significant other for the cost of one M6 Gran Coupe.

M6 Gran Coupe Drivetrain
Without a doubt the 2013 BMW M6 Gran Coupe is a very special automobile. The most special of its bits is the body, but the engine is certainly noteworthy. The V8 engine is pressure-fed air and fuel via the twin, twin-scroll turbochargers. That is not a typo. 2, twin-scroll turbos, for a combined total of 4 scrolls. A scroll is a turbine fan. The engine which displaces 4.395 liters, is rated at 560 horsepower, about the same as the Cadillac CTS-V. This is very exclusive territory. Only a handful of luxury, sports sedans (sorry, and Gran Coupe’s) can generate this much power. The engine is coupled to a 7-speed, dual clutch manumatic transmission. With this transmission type, BMW now joins a club of two or three cars on the planet that have both the most power, and also best transmission technology and they are all German. Sorry, Cadillac, slushboxes are not allowed in this Gentleman’s club. However, the Cadillac does offer a manual transmission and is about 10% faster to 60 than this M6 Gran Coupe. Having driven the manual in the Cadillac CTS-V, the author’s opinion is that it does not really suit the vehicle, though it is excellent in its quality and function. In a super-car, grand touring vehicle a dual-clutch manumatic is really the preferred setup. BMW states in a press release that in the European Test Cycle the M6 Gran Coupe will achieve 28.5 miles to the Imperial gallon. Note that is not a US gallon, and that the US test is much more likely to yield a real-world mileage result. Fueleconomy.gov rates the 2012 M6 convertible at 16 MPG overall. Hence the gas-guzzler tax included in the price of the 2012.

BMW M6 Gran Coupe Styling
If one must have a 4-door for one’s super-grand touring vehicle, this is a very attractive look. The only real comparison is to the Audi S7 and some Mercedes 4-door “coupes.” By chopping the back down in the fashion that was once called “Fast-back”, and by bringing the front wheel arch bulges back and down, the vehicle is able to disguise the 4-door sedan look and the result is quite attractive. In practice, there is a reduction in rear headroom in general with vehicles like this, but they start out big anyway, so in actual use there is enough for adults, and more than enough for children or those of shorter stature. Compared to the 5 Series sedan, the M6 Gran Coupe, 4-door looks lower, wider, more menacing and much more sexy. The effect is similar to the comparison to a woman wearing a tight Turkish leather jacket over a little black dress, compared to the same woman in an Anne Taylor suit. Both look great, but they are dressed for different events that evening.

M Features on the M6 Gran Coupe
Every BMW fan knows what M means. M means that the car has all the quasi-track equipment. Huge, powerful, fade-free brakes. Giant alloy wheels. Suspension tuning on the sporty side, lowered to the ground. In addition, the M6 Gran Coupe will have a very sophisticated rear differential to help put the power down. If the owner is planning to be in the snow and rain and ice a lot, they may want to consider the BMW 650i X-Drive Gran Coupe, which is similar in many ways to the M6 version, but with all-wheel drive. Or, and we may be talking crazy here, the driver may want to leave the M6 Gran Coupe in the heated garage and take their BMW sport utility vehicle to the meeting that day. Driving a $125,000.00 vehicle behind the DPW salt-sand truck is really just a sin.

The 2013 BMW M6 Gran Coupe will launch in May of this coming year. When it does, it may just be the most exclusive car BMW offers, unless of course it opts to make an 8 Series M8 Gran coupe… Tell us in the comments below if you think it is worth the price of a 5 Series sedan and an M3 convertible.