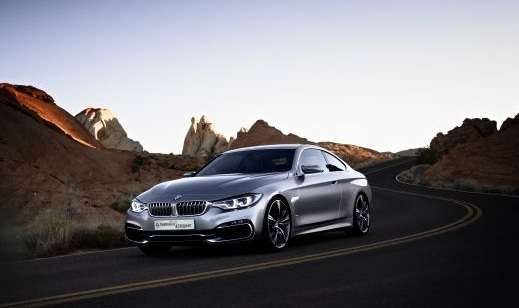 BMW is seriously considering a new car series to slot in between the venerable 3 Series and 5 Series. The idea is that BMW would move the 3 Series coupe, and possibly the convertible, over to a new model range called the “4 Series.” In the press release BMW points out that the 6 is really a 5 coupe, and the 8 was a sort of 7 coupe, though more distinct from the 7 than this new 4 would be.

What Was a BMW
BMWs came to Americans as the 3 Series in the 1980s. Yes, BMW had a history of sales prior to that, but most Americans took little notice. The 2002 was the model that really launched the brand in the US, but it was so good, and so different, folks really didn’t appreciate it fully until it was gone and replaced with the 3. Initially the 3 had a four-cylinder engine. That changed in 1984 when the 3 began to be available with an in-line six cylinder engine. It should be noted that Toyota had an in-line six in its Supra in America before BMW (1978-1979). The “sweet-six” became not only a US sensation, but a worldwide sensation, and the engine quickly gained power and revs. The BMW 3-Series with the in-line six came to define the brand.

What Is a BMW
BMW discovered a few years back that it had a few problems. First, cost was becoming a concern. The in-line six can only grow so large and still work in a compact/mid-size sedan or coupe. Competitors from Japan with V6 engines had overtaken the 3 Series in terms of power. To combat this, the BMW six was turbocharged to equal competitors like the Lexus IS350 and ISF and Infiniti G37’s 300+ horsepower. That made the engine pricey. BMW also had a problem with fuel efficiency. There are no tiny little sub-compact BMWs selling in big numbers like the Toyota Corolla to help meet CAFE requirements, and BMW does not have any volume hybrids in the US. The solution was to go back to a four cylinder powerplant to address cost, fuel efficiency, and also packaging size. Now that the 3 Series will be selling as primarily a four cylinder car in the mid $40K to mid $50K range, BMW needed to add some cache to the 3 Series. The 4 Series can do that and be priced between the four-cylinder 3 Series in the low $50K range and the M3s, which can approach $80,000.00.

What Is a 4 Series
A four series will be BMW’s new six-cylinder, two-door or convertible in the size of the 3 Series. BMW is already offering up talking points to the press that include terms like “exclusivity, supreme, balance(?), and sporty.” As a member of the press, this author thought all BMWs stood for those things, but I am willing to be corrected.

The new 4 Series will allow BMW to move the six primarily to the “exclusive, sporty, balanced” 4 Series and charge enough money for it to be profitable among the competitive landscape this segment has become. It will have to compete with Mustangs and Camaros in terms of performance, and in terms of luxury, refinement and quality, it will have to compete with the Audi S5, all-new Lexus IS coupe and convertible, which launches in early 2013, Infiniti G convertible and coupe, and others.

BMW should be a company about exclusivity. However, it will need to be careful not to push its own existing models' reputations down as it reaches for the summit.

aena wrote on December 6, 2012 - 10:24pm Permalink
The future cars will transform into fewer cyl with more performance efficiency. Many of the single cyl motorcycles are highly efficient in performance without the multiple cyl hype. Speed competition is a whole different discussion when it comes to adding additional cyl for immediate thrusts.
John Goreham wrote on December 7, 2012 - 4:50pm Permalink
Good insight. You are right for sure.