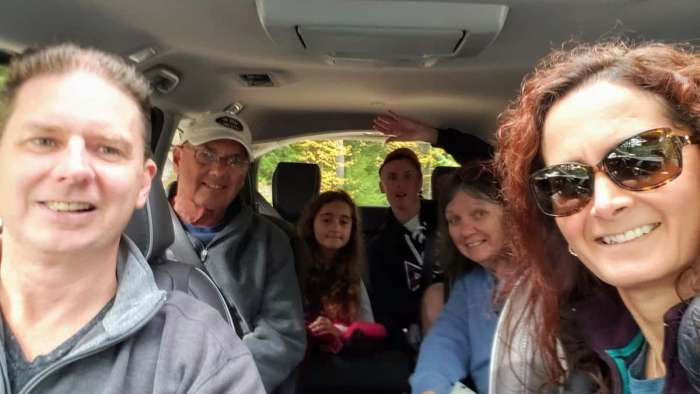 Are Third-Row Seats The Death Traps Some Think They Are?

We decided to find out how many people actually die in third-row seats from rear impacts. Spoiler alert, we will tell you the precise number, then ask you to decide if this is a valid concern.
Advertisement

Report on SUVs and minivans long enough and you will find out that there is a small subsegment of the American population reading stories on this topic who want you to know that third-row seats are not safe. The opinion stems from the idea that in the event of a rear impact, there is not enough of a crumple zone to absorb crash energy, and thus, the folks who sit in the third row will perish. Having studied vehicle safety and engineering for a long time, it’s hard for me to call that notion incorrect. It does make sense. And I won’t wait to tell you what I found any longer. It actually does happen. But there are around 300 million of us. To how many of us does it happen, and are those odds good, bad, or never worth risking? That’s where it gets interesting. 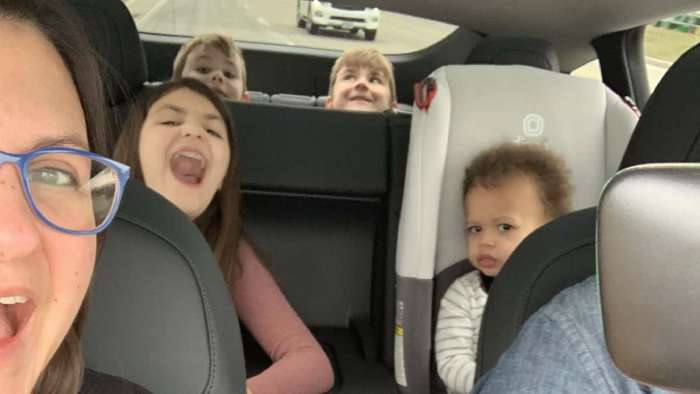 Related Story: Tesla Model Y’s Third-Row Is Ideal For Its Mission - Parents of Four Explain Why

Total Vehicle Deaths Per Year In The U.S.
The CDC and NHTSA don’t agree on how many people are killed in automobile-related accidents each year, but all of the safety agencies agree on one thing; It’s too many. The annual number of deaths is in the neighborhood of around 36,000 Americans, more if you like the CDC’s numbers better because they track long-term injuries and then count in those deaths later. Either way, that’s a whopper of a number. Just since the year 2000, we have killed more of ourselves using vehicles in America than we have in every war since the King Philip War of the 1600s combined.

How Many People Die Inside Vehicles?
Automobile-related includes ATV crashes into ice fishing shacks. City buses hitting pedestrians. Motorcycle deaths are a huge percentage overall. Many automotive deaths are single-vehicle, single-occupant deaths. A substantial portion of deaths occur during the “coming home late drunk hours.” Some are adult bicyclists riding in the dark on the highway. More deaths occur at speeds lower than highway speeds than at or above highway speeds. About 40% of vehicle-related deaths are not vehicle occupants. Of the remaining 22,000 or so deaths, 40% are single-vehicle crashes. Nobody crashed into their car. They crashed their own car. You learn a lot of crazy facts about automobile-related deaths when you start pouring into the numbers. One thing you figure out very quickly is that deaths inside of vehicles driven by a sober parent who is not speeding, in a vehicle in which everyone is bucked up, and not driven between the hours of 1 am and 6 am aren’t anyplace close to 36,000 per year. The number is so small it is not shocking. This is why it is never reported. Or maybe it is and nobody read that story.

How Are Vehicle-Related Deaths Categorized?
We work closely with some great people at the Insurance Institute For Highway Safety (IIHS). They, in turn, work closely with NHTSA who collects all of the police reports. Here in America, every automobile-related death is investigated, at least minimally. Every tragedy becomes a part of the bigger story explaining the 36,000 of us that we lose each year. Many of the police reports are pretty easy to believe. A dead driver at night with a blood alcohol level twice the legal limit. Cause of death? Alcohol-related is the finding. Others are much harder to pin one cause to. Driver with alcohol in their blood but below the legal limit witnessed texting and speeding in snow before the accident? You decide.

What the police can always tell us is which end of the vehicle was hit. In most cases, they can also tell you who hit that end. In rear-endings it is pretty simple. Rule out the car in front was going 30 in reverse and you know what happened.

Here’s The Exact Number of People Who Died Sitting In Third Row Seats
We asked IIHS if they could tell us how many third-row passengers died in the last year for which full data is available from just rear-ending crashes. Not rollovers, side-impact, front impacts, and all that jazz. We were not hopeful that the answer would be possible, but our contact took some time to look into it and then told us. The answer is 14 individuals. 6 in the left third-row seat, 3 in the center third-row seat, and 5 in the right third-row seat. The data did not include ages and genders, and frankly, I didn’t want to know. Let’s make the assumption that these were children. We may also assume that there were not 14 incidents, but fewer. It may be true that one or more crashes killed multiple individuals at once. It’s too horrid to look more closely at this data.

You Decide - Are Third Row Seats Death Traps?
So now we know the answer. In 2019 there were over a trillion passenger miles covered. 36,096 fatalities in all occurred covering those miles. And fourteen individuals lost their lives sitting in third-row seats due to rear impacts. Here is one unfortunate truth that makes the third-row seat hard to call the death seat. 1,092 vehicle occupants were killed in rear-end crashes NOT seated in the third row, but in either the front row or second row.

If you were hoping the author would lay down a firm opinion on this, I’m sorry to disappoint you. We are going to leave the decision to you as to whether the third row is a death trap. You have the facts. Tell us what you conclude in the comments below.