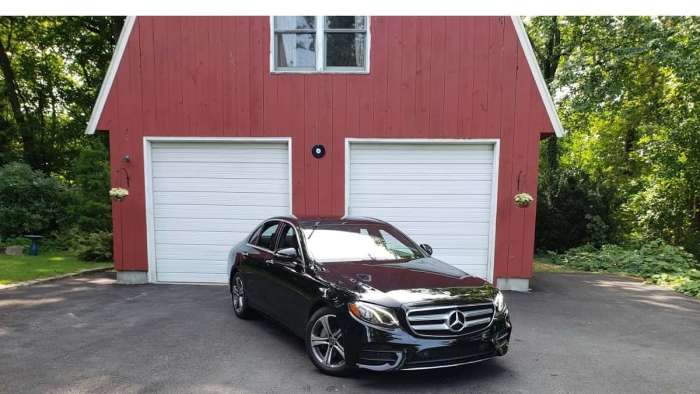 The Mercedes-Benz E350 is the definition of an executive sedan. Here’s what buyers can expect.
Advertisement

The Mercedes-Benz E-Class sedan has come to epitomize the executive sedan for many shoppers. Mercedes-Benz spent a good part of a century polishing this gem to be just what the doctor ordered. Here’s our take on the 2020 E350 4Matic. 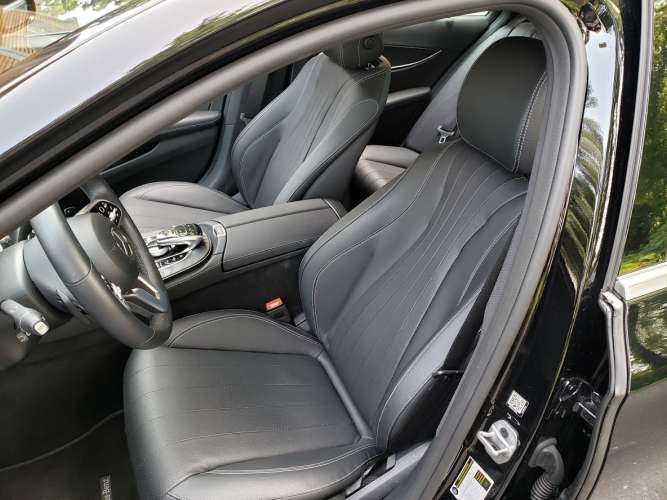 Mercedes E350 4Matic - What is it?
The Mercedes-Benz E350 4Matic is a five-passenger, all-wheel drive sedan on the larger side of the mid-size segment. This is a premium or luxury sedan depending upon how you parse words. The platform is rear-wheel drive, which has its plusses and minus.

Mercedes E350 4Matic - What Powers it?
The E350 has a 2.0-liter turbocharged four-cylinder engine with 255 hp and 273 lb-ft of torque. For perspective, that is about 50 hp less than a top-trim Toyota Camry and about 45 lb-ft of torque less than one would find in a top-trim Mazda6 sedan similar in size and capacities priced under $40K.

The engine is more than enough for normal daily driving, and the Sport mode is plenty for those who want a bit of extra punch on the occasional on-ramp or back-rad trip. The engine is connected to a 9-speed automatic transmission and the power is put to all four wheels.

Mercedes E350 4Matic - The Drive
Mercedes has one big advantage over the similarly-sized, better-featured mainstream vehicles and that is the feeling of solidity offered by its ride. Mercedes and BMW have a secret sauce that seems to elude most (but not all) other manufacturers. The vehicle feels more solidly built, and the satisfaction of the driving experience is hard to match.

We found the E350 comfortable in every scenario. On the highway, it is smooth and silent. On broken-up suburban roads it is never harsh. Take it on some rural byways to enjoy the scenery and it is very enjoyable to drive.

Mercedes E350 4Matic - The Cost & Features List
The E-Class starts at about $43K, but you don’t want one of those. The lack of features would be a crime. Our tester had a price of $62,895 including the $995 destination fee that the on-line configurator seems to hide from view even in its price summary. Notable options at this price point included a heated steering wheel, wireless charging, a panoramic sunroof, a Burmester premium sound system, and a parking assistant with surround view.

Notable items we would expect in any sedan this size and price our tester lacked included a head-up display, lane centering, and adaptive cruise control. There is also no spare. Instead, Mercedes-Benz fits run-flat tires. 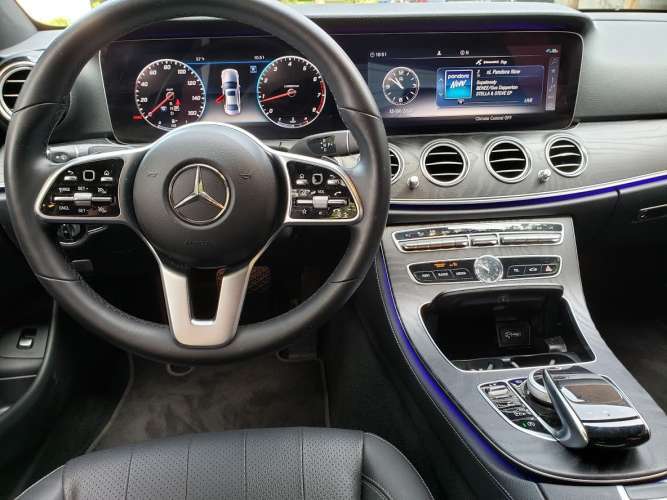 Mercedes E350 4Matic - Infotainment
Mercedes has always danced to the tune of its own drummer, and this vehicle is no exception. The infotainment system is controlled via a mouse and rotary knob. The large screen stretches horizontally across the dash from the center to the driver gauge area. It begs to be touched for control, but it won’t accept the inputs. Use the mouse.

We rocked Android Auto using the USB cord and displayed Google Maps while using Pandora. The Burmester sound system will be welcome to anyone who loves deep bass.

Mercedes E350 4Matic - Overall
Shoppers who value the feeling of solidity that Mercedes offers will find the 2020 E350 a good match for their expectations. It has a special feel that many cherish.

DeanMcManis wrote on September 22, 2020 - 1:18am Permalink
Mercedes definitely makes solid, well engineered cars. Unfortunately the high costs of all German car options, make the sticker prices skyrocket. Plus depreciation is pretty high. Of course the quality of the car, and the depreciation makes them a very good deal as used cars. I owned and loved my C Class Mercedes, and my mom loves her older E350, as they were both great values for the price used. But spending $63K for a new, 4 cylinder, E350 doesn't stand up well to it's new (or used) rivals at that price.