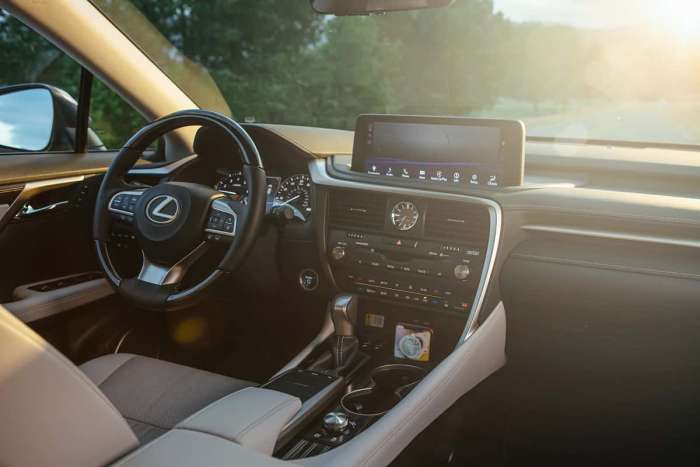 Lexus is updating the iconic RX line and it will debut Android Auto for the company. The new Lexus RX change is coming with the 2020 model.
Advertisement

For the better part of a decade, Lexus and Toyota have been behind the curve on infotainment systems. As owners of both premium and affordable vehicles are looking to their phones to save them time and money, Lexus and Toyota have dragged their feet introducing now commonplace phone integration technology. Lexus and Toyota first began integrating Apple branded phones recently but has so far left half of the adult population of America out. That will begin to end with the 2020 Lexus RX and RXL crossovers.

Why does this matter? For one thing, Lexus has been ignoring a huge part of the population. Android phones make up the majority of users globally and in the U.S. hover around half overall, and over half of the adult mobile device market. Android Auto allows a user to directly integrate a phone to the vehicle's screen and controls. This means Waza and Google Maps are available with full integration. Thus, there is no need to purchase Nav. Also, updates are free, whereas Lexus charges owners - even those with vehicles under warranty - for map updates. At the Google Play store, Android Auto is rated 4.2 stars by over a half million reviewers.

Android Auto is also proven to be less distracting in real-world tests conducted by AAA and the University of Utah. Here's what Lexus says about Android Auto: With Android Auto, drivers can seamlessly access and use their phone on the RX’s touchscreen display. With larger touch targets, a simplified interface, and easy-to-use voice actions through the Google Assistant, it's designed to minimize distraction, so you can stay focused on the road. Once connected, guests will enjoy music from apps such as Spotify and Pandora, or send messages through commonly used apps like WhatsApp. The interface also allows them to navigate with Google Maps or Waze. With the Google Assistant in Android Auto, drivers can use their voice to get things done quickly and easily for a seamless, smooth, and enjoyable driving experience. Tailored information is provided based on calendar, device usage, activity and habits.

Lexus is also making substantive changes to the RX and RXL in this mid-cycle refresh. Those changes do not appear to include eliminating the frustrating remote interface to operate the infotainment system in favor of a better touch-screen system. We will reserve our comments on those changes until after we have tested the new 2020 RX and RXL. Watch for the 2020 modle year to begin appearing at dealers just before Christmas this year.