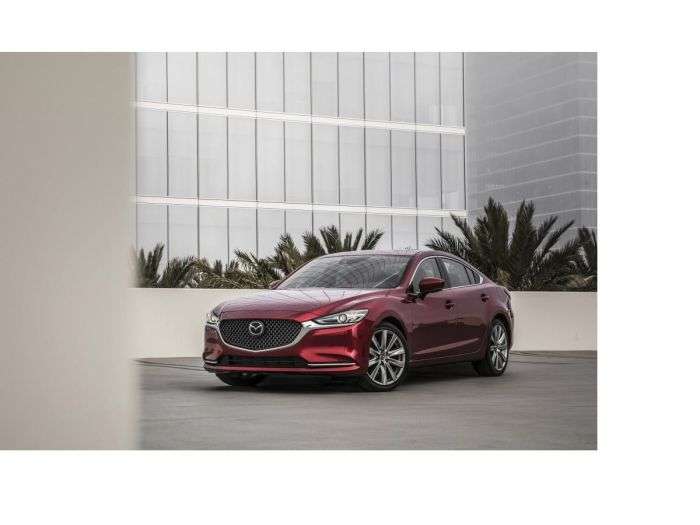 Mazda's Mazda6 for 2018 has an all-new engine and starts at a surprisingly low price.
Advertisement

The 2018 Mazda6 with its all-new engine offering will undercut the Honda Accord's up-powered offering and start at just $30,090 including destination charges.There seems to be a bit of a performance renaissance in the midsize affordable sedan market and Mazda has timed its entry just right.

The new Mazda6 Grand Touring comes with the new 2.5T turbocharged, four-cylinder engine. Capable of generating 310 lb-ft of torque, this engine has quite a bit of twist. We expect the horsepower rating to ring it at about 227. The new Accord 2.0T generates less torque at 273 lb-ft, but a bit more power at 252. The Accord Sport 2.0T starts at $31,200 including destination.

Look for the new Mazda6 to appear at dealers in April.