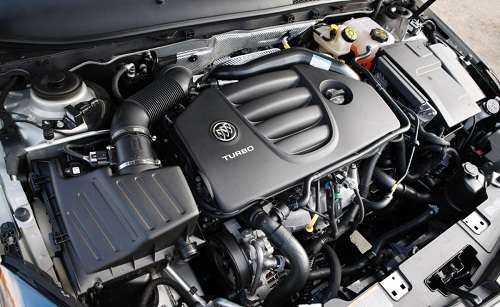 2013 Buick Regal offers new engine choices but is that enough

Consistent with the Buick tradition of offering forced induction engines, the 2013 has three new four cylinder engine choices for buyers looking at a Regal, but they seem pretty common these days.
Advertisement

The Buick Regal offers buyers some interesting choices for 2013. In its most basic form the brand has a lot of guts calling a 3600 pound, front wheel drive car with 182 horsepower a luxury “sports” sedan. There is little sporty about a slow car being pulled rather than pushed by its drivetrain. Moving up from the base engine, the Buick can be outfitted with an engine that is capable of producing either 220 horsepower, or 270 horsepower. These engines offer reasonable specification sheet credentials for any family sedan, but fall far short of the power available from Lexus, Acura, or Infiniti in a car this size. Buick does have price on its side when compared to the sport luxury class, but it doesn’t have any edge when compared to the front drive offerings from Toyota and Hyundai.

In its recent press release Buick highlights that the Regal can achieve 36 mpg highway. The Buick gets 29 mpg combined. While this is a commendable number, the basic Camry has nearly equal fuel economy with one less mpg. Buick uses its light hybrid eAssist technology to make this number. The Camry hybrid by contrast has an EPA combined rating of 43 mpg at a very similar price point. The Hyundai Sonata Hybrid achieves 40 mpg highway and has a combined mpg of 37. The Hyundai can also be configured to be quite luxurious and offers a 2.0 liter turbo with the same horsepower as the new Regal GS. The Hyundai has been on the market now for many years.

In terms of the sport luxury segment, which to most enthusiasts means rear-drive and powerful, the Regal is really not configured to compete. It can come equipped with a manual transmission, which many people say they want, but very, very few actually buy in a mid-sized, front drive sedan.

Buick made a name for itself with the 1978 and later years with its Regal Sport Coupe, which was the first relatively powerful turbocharged American made luxury coupe in the US. At the time, the Monte Carlo SS from Chevy with a V8 was a model many aspired to, and many bought. Even the non-SS Monte Carlos were available with a 305 cc "soft-cam" V8 that was more engine than the chassis could really handle (and the brakes could not handle). The Regal Sport Coupe, particularly the Grand National version and intercooled versions, became very much a success in terms of perception and that generation of Regal still has its admirers and clubs. It is hard to see the 2013 Regal GS earning followers and clubs even though in every measurable way it is a better car than the late ‘70s car.

One key thing that Buick has forgotten, just as Lincoln has, is that as long as there are rear-wheel drive, powerful coupes and sedans on the market, front drive, small-displacement cars will always seem a compromise.