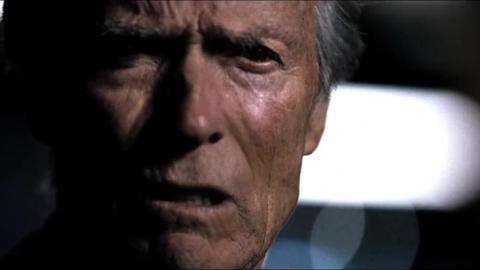 Although it is nearly one month after the Super Bowl, it seems that everyone is still talking about the commercials. YouTube announced yesterday that Chrysler’s “Halftime in America” spot was the most-watched Super Bowl car commercial on the site, but did these views lead to more sales? In short, the answer is no. So was the $3.5 million per commercial price tag worth it for automakers? Well, the results are mixed, according to the automotive website CarWoo!

Let us first examine the most talked about ad of the Super Bowl, Chrysler’s “Halftime in America” ad, which starred Clint Eastwood. Despite all the attention, both positive and negative, the commercial increased Chrysler sales by an estimated 26 percent. Although sales increased by more than a quarter, Chrysler finished a distant second behind the clear winner of the ad wars: Chevrolet.

Chevrolet, who did not abide by the less is more approach, ran an abundance of ads before, during and after the big game. The end result of this prolific line of attack was a 61 percent increase in sales. Making up this 61 percent was a sizable rise in Sonic, Camaro and Silverado sales. The three models saw a 292, 163 and 76 percent increase respectively.

In addition leading the pack in sales, Chevrolet can also tout a couple dubious distinctions. Despite the Volt’s Super Bowl ad, which employed the use aliens to explain the EV’s technology, Chevrolet saw no lift in sales at all. Aside from a zero percent boost to Volt, Chevrolet also inadvertently helped a rival brand, which did not even advertise during the Super Bowl. Chevrolet’s post-apocalyptic ad featuring a group of Silverado survivors who can’t find their friend (who was a Ford F-Series driver), actually boosted F-Series sales by 37 percent after the game aired. Ford saw sales elevate after it cried foul and threatened Chevrolet with a lawsuit.

In third place was Toyota, who experienced a 25 percent boost in sales. Kia followed Toyota with 20 percent while Hyundai and Cadillac rounded out the top six with 9 and 6 percent respectively. Cadillac’s sub-par sales performance is surprising since their ATS commercial was the most watched commercial in U.S. history. The ATS commercial aired at 9:37 PM EST, which according to Kantar Media was the time in which the most people were watching the game. Subsequently, the commercial was views by 111.3 million viewers in America and over a billion worldwide.

Although CarWoo! reports that six automakers saw a bump, there were several other car brands that advertised during the Super Bowl. These brands, which include Acura, Audi, Lexus, VW, Fiat and Honda, saw no lift. The news is a major setback for Honda who went all out hiring Matthew Broderick for a Ferris Bueller-esque ad and Jerry Seinfeld for their Acura NSX commercial.

Click HERE to watch all the Super Bowl car commercials.

Toyota's First EV Will Have a Name of BZ: Toyota BZ
First Videos From Inside The Boring Company's Las Vegas Loop
END_OF_DOCUMENT_TOKEN_TO_BE_REPLACED