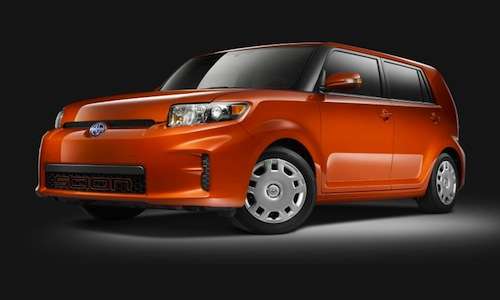 Scion is discontinuing its xB and xD vehicles in favor of multiple all-new, yet unspecified models.
Advertisement

Scion has announced that it will be discontinuing its xB and xD models, thus living up to its “one and done” motto. The brand originally intended for all of its models to be terminated after a single life cycle. The xB and xD vehicles join the previously axed xA model. According to Scion, the elimination of xB and xD models will make room for all-new Scion vehicles, but not direct replacements of the aforementioned models. The automaker’s insistence that there will be no direct replacements for the xB and xD likely means that Scion’s box-shaped car era may have finally come to an end.

Launched in 2004, the Scion xB is a five-door, box-shaped compact hatchback. Mainly targeted towards the youth demographic, the xB enjoyed strong initial sales, but declined in recent years. The xB’s popularity has been on a steady downturn since its record sales of 61,306 units in 2006. In 2011, Scion sold just over 17,000 xB models.

Fans of the xB can still purchase the latest 2012 model, which ranks 11 out of 41 on U.S. News’ Affordable Small Cars list. The 2012 xB earned an overall score 8.2 based on 83 published reviews and test drives. Despite a less than stellar fuel economy, the xB received praise for its styling, notable tech features, passenger room, cargo space and safety ratings.

Unlike the xB, the xD never quite became popular amongst car buyers during its six year production run. The xD is a five-door hatchback, which replaced the now extinct xA model. The xD’s sales figures never reached the success of the xB, achieving its record sales of 27,665 in 2008. Unfortunately for Scion, the xD sold a paltry 9,573 vehicles last year.

The 2012 xD ranks 22 out of 41 Affordable Small Cars according to U.S. News. Although the xD garnered some recognition for its hip styling and nifty interior features, the vehicle’s overall score suffered due to poor fuel economy, lack of interior room and poor cargo space.

Removing the xB and xD from Scion’s lineup leaves the automaker with three models: the tC; iQ and FR-S. Scion’s lineup boasts both the world’s smallest four-seater in the iQ and the all-new 2013 FR-S sports car, which goes on sale this spring. Also still available is Scion tC liftback model, currently in its second generation.

Tesla Giga Berlin's New Hurdle: It's Not Only the Gov't, but Now Tesla Itself
Teslas Are Sold Out Until 2023, But The Timing May Reverse
END_OF_DOCUMENT_TOKEN_TO_BE_REPLACED