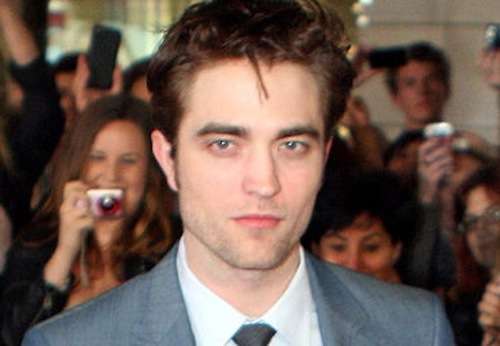 What would you drive if you were one of the highest paid stars in Hollywood? Perhaps a brand new Fisker Karma, which is the vehicle choice of celebrities such as Justin Bieber and Matt Damon. Or how about the ultra-expensive Bugatti Veyron, a popular vehicle for stars such as Simon Cowell, Jay-Z and Lil Wayne? While some superstars opt for opulent rides, others take a more modest approach.

For example, Twilight star Robert Pattinson recently purchased a 2001 Chevrolet Silverado for $2,500. That’s right, Pattinson, who has a net worth of $64 million, just purchased a used pickup truck. As if that were not strange enough, the actor bought the used Chevy off of Craigslist.

Pattinson revealed the news during his appearance on Jimmy Kimmel Live on Thursday night. According to Pattinson, he obtained the vehicle about three months ago from a man living in Chino Hills, Calif. Although Pattinson tried to talk the man down to $300, he eventually paid the seller’s asking price of $2,500. As for his decision to buy on Craigslist, Pattinson remarked, “I buy everything off Craigslist. Every single car that I’ve bought.”

No stranger to older cars, Pattinson is also the owner of a 1989 BMW, which cost the actor a whopping $1,000. Pattinson commented on the car to Yahoo! News last year saying, “It’s beautiful. It’s an old BMW. It’s a minor classic that cost $1,000. However, it “blew up. I still have it. It’s just blown up.”

Pattinson recently finished tied for ninth on Forbes’ list of “Highest Paid Celebrities Under 30,” raking in an estimated $26.5 million from May 2011 through May 2012. Pattinson tied with his Twilight co-star Taylor Lautner.

Also read: Justin Bieber gets a 2012 Fisker Karma for his birthday (Video)