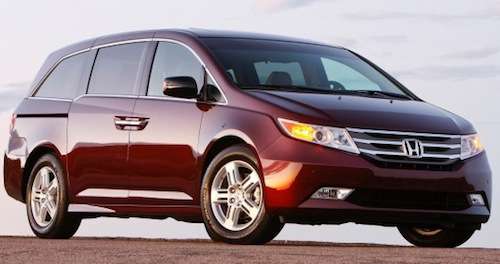 Are you in the market for a new family car, but don’t know what vehicle best suits your needs? Edmunds.com and Parents, America’s premiere family magazine, have just released their list of the 15 Best Family Cars for 2012. The list features a wide array of options including budget, crossover, eco-friendly and large family vehicles.

Now in its fifth year, Parents and Edmunds.com annual list examines hundreds of cars each year, focusing on safety, reliability, performance, interior, exterior and family-friendly features. As for safety, 14 out of 15 selections on the list earned a “Top Safety Pick” award from the Insurance Institute for Highway Safety (IIHS).

Parents and Edmunds.com analyzed test-driving, pricing and feature data to determine which vehicles deserved to be included on its Best Family Cars list. Additionally, the publications also sought the help of parents, the individuals for whom the study is intended. Although the list of 15 vehicles is available below, a full commentary about the cars and research involved will be featured in the July issue of Parents magazine, available on newsstands June 12th.

The 15 Best Family Cars of 2012, according to Parents and Edmunds.com are:

Though there were a few similarities, the results obtained by Parents and Edmunds.com are noticeably different from U.S. News Rankings and Reviews’ list of the 2012 Best Cars for Families. U.S. News, a recognized leader in car rankings, recently named the 17 best family cars in regard to safety, reliability, features and ownership. Overall, only two vehicles included on Parents and Edmunds.com’s list (Honda CR-V and Honda Odyssey) earned a spot on U.S. News’ ranking of best family vehicles.

For the sake of comparison, HERE is U.S. News’ results for the Best Family Cars of 2012.