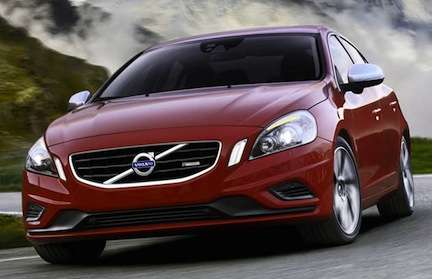 NHTSA documents report that this potential wiring flaw may contribute to malfunctioning front and side airbags.
Advertisement

Volvo is recalling 17,000 of its 2012 S60, XC60, S80 and XC80 models due to a front and side airbag issues, according to the National Highway Traffic Safety Administration. The affected vehicles were manufactured from May 16, 2011 through October 6, 2011. NHTSA documents indicate that in these models, the wire harness under the front seats may be improperly attached, thus may become easily disconnected whenever the seat is moved. The consequence of the potential flaw is that the front and/or side airbag may deploy improperly in the event of a crash, increasing the risk of injury. Additionally, the lap belt pretensioner may not deploy.

The NHTSA reports that Volvo said it received its first warranty claims in relation to the problem in 2011. In October 2012, Volvo decided to “block vehicles at the factories and ports of entry” to inspect suspected wire harness faults. The automaker continued to investigate the issue until February 6 when they issued a technical service bulletin to Volvo dealers. On Feb. 22, Volvo decided that the defect was serious enough to report it as a safety issue to the NHTSA. Although Volvo has not been cited for a violation, federal law states that an automaker has five business days to inform the NHTSA of a safety defect.

Volvo will begin notifying the owners of affected vehicles beginning on March 30, 2012. Defective vehicles will be inspected and, if necessary, dealers will secure the seat wire harness. This will all be provided free of charge. Volvo said that a wire harness malfunction would trigger a warning light, which will inform the driver “SRS service required urgent.”

Aside from the current recall, Volvo issued two recalls on 2012 models last year. The first recall, which occurred in June 2011, involved fuel-pump software problems. In total, the recall affected 7,600 S60 sedans. The car company also issued a recall of 19,600 C70 and S60 sedans for mislabeled spare tires in October of last year.