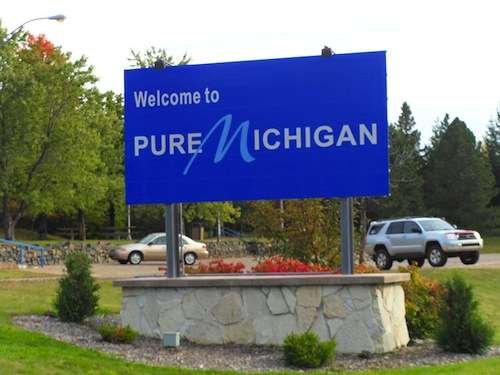 The Wolverine State is taking a bold approach in its attempt to curb drunk driving.
Advertisement

It’s no secret that drunk driving is a serious problem nationwide. Each day nearly 30 people in the U.S. die in motor vehicle crashed that involve an alcohol-impaired driver. That amounts to one death every 48 minutes, according to the Center for Disease Control (CDC). With this statistic in mind, states around the country are constantly attempting to come up with new ways to curb drunk driving. While some methods may be more successful than others, a new approach taken in Michigan is certainly one of the most creative. In an innovative attempt to keep drunk drivers off the road, the Wolverine State has decided to start using talking urinal cakes in men’s bathrooms.

Talking urinal-deodorizer cakes, which feature a female’s voice, have just been distributed to Michigan Licensed Beverage Association members in the Wayne, Bay, Ottawa and Delta counties. The recorded message will prompt potential drunk drivers to call a cab or friend to get home safely. The woman’s voice on the recording is described as “attention-getting,” according to the AP. Each urinal cake costs $21 and lasts for roughly three months. The bill will be covered entirely by federal traffic safety funds.

"Not only do we want to turn some heads and get people talking, we hope everyone takes the message to heart," Michael L. Prince, director of the Michigan Office of Highway Safety Planning, said in a statement.

Scott T. Ellis, Executive Director of the Michigan Licensed Beverage Association added: "At first it may be seen as humorous, but the seriousness of the message will stand out and encourage patrons to find a safe ride home."

The new device is part of a statewide Fourth of July education and enforcement program to inform citizens about the dangers of drunk driving. The effort also includes increased police patrols in 26 counties throughout Michigan.

In 2010, 392 people were killed in motor vehicle traffic crashed during the Fourth of July holiday (6:00 p.m. July 2- 5:59 a.m. July 6), according to the National Highway Traffic Safety Administration. Of those deaths, 39 percent involved at least one driver or motorcycle operator with a blood alcohol concentration (BAC) of .08 or higher.

John Goreham wrote on July 2, 2012 - 9:36pm Permalink
Honey Badger can take a wolverine.
Aaron Turpen wrote on July 3, 2012 - 12:23am Permalink
I predict the widespread theft of these and subsequent listings on Craigslist and eBay for them. Aren't highway funds supposed to FIX HIGHWAYS?