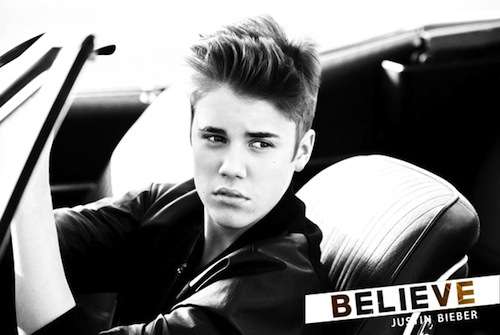 If you thought Bieber’s chrome-wrapped Fisker Karma was in poor taste, wait until you see his latest ride: a leopard print Audi R8.
Advertisement

Considered one of the best sports cars ever made, the Audi R8 is highly regarded for its impressive performance, comfortable ride and aggressive styling. Despite winning numerous awards for its appearance, the R8’s striking exterior doesn’t appear to be good enough for the likes of pop star Justin Bieber.

So just how does one modify an already near-perfect sports car? With leopard spots of course. The “Boyfriend” singer was spotted driving throughout L.A. this weekend—including leaving Miley Cyrus’ home—in his new leopard-spotted Audi R8 coupe. Check out the video below.

As for what’s under the hood, Bieber’s new ride touts a V10 engine, which pounds out an estimated 550 horsepower. It also contains a six-speed manual transmission with Audi quattro all-wheel drive. Not to mention, the Audi R8 goes from 0-60 in under 4 seconds. The car reportedly costs about $150,000.

No stranger to fast sports cars, Bieber has been embattled in controversy lately due to his purported speeding around his gated community in Calabasas, Calif. Late last month, the singer was allegedly driving recklessly in his white Ferrari 458 throughout his and nearby neighborhoods. Bieber’s driving was so out of control that neighbor and former New York Jets wide receiver Keyshawn Johnson decided to chase down the singer in his Toyota Prius and give him a piece of his mind, according to TMZ.

This isn’t the first time Bieber has modified an expensive sports car. Last year, Bieber decided to add chrome wrapping to his Fisker Karma plug-in hybrid luxury sports sedan. As if that wasn’t enough, the pop star also outfitted the vehicle with 22-inch wheels and fuchsia LED lights. Bieber originally received the car as a birthday gift during an appearance on The Ellen DeGeneres Show.

Although it hasn’t been seen in public for some time, Bieber is also the owner of a custom Cadillac Batmobile. West Coast Customs—the company featured on MTV’s Pimp My Ride—tricked out the singer’s Cadillac CTS-V coupe by adding a matte black finish, black leather and suede interior with purple stitching, JB badges decked in Swarovski crystals, and a huge sound system.

Despite primarily making headlines for his driving as of late, Bieber announced last week that his new single “Heartbreaker” would soon be available. The singer also posted a picture of the track’s cover art on his Instagram.