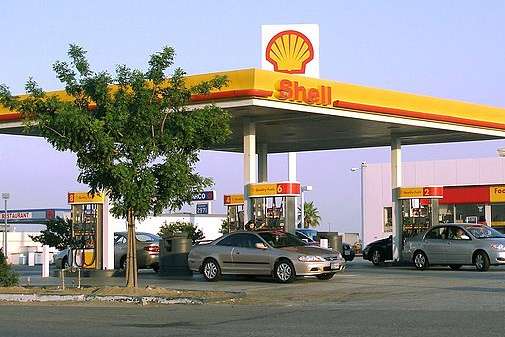 January gas prices highest ever, expected to rise above $4

Last month saw the highest gas prices ever recorded for January and prices are likely to increase through the summer.
Advertisement

Although winter is generally a time when drivers can enjoy a little relief at the gas pump, last month turned out to be the most expensive January ever recorded. Prices usually decrease in January due to a drop in demand, but consumers experienced higher prices in the first month of 2012 due to a growing U.S. economy, turmoil in the Middle East and oil speculation.

In January, the average price of a gallon of gasoline was $3.37, according to the Oil Price Information Service. Last month's record number is nearly 30 cents more than the previous high for January, which was $3.095 (2011) and markedly higher than the January 2010 average of $2.71 a gallon.

So what caused this record-breaking month? First off, an improving economy typically translates to higher gas prices. Consumers generally use more petroleum as the economy improves. Consequently, as the demand for petroleum goes up, so does the price. The higher demand is reflected in the price of crude oil, which is currently around $100 per barrel. By comparison, the average price for a barrel of oil was $95 in 2011 according to the Energy Department. Crude prices around or above $100 per barrel will likely be a bad omen for U.S. drivers in the months ahead.

Aside from increases in demand, unrest in the Middle East have also contributed to higher gas prices. Increased instability between Iran and Israel last month are at least partly responsible for the rise in oil prices. Iran, which is the home of the world’s second largest oil reserve, has recently threatened to close the Straight of Hormuz; creating a great deal of uncertainty in the global oil market. An estimated 60 percent of the world’s crude oil travels through the Straight of Hormuz, a transit point between the Gulf of Oman and the Persian Gulf. GasBuddy.com, a website designed to find consumers the lowest gas prices, cites that if Israel and Iran go to war, crude oil prices will increase astronomically.

Lastly, there is oil speculation. Stock traders have flooded the commodities market with large amount of money betting on the rise of oil prices, said Tom Kloza, analyst for the Oil Price Information Service.

"Among large hedge funds and commodity pools, there is nearly $10 billion more money than last year bet on a higher price outcome for gasoline futures than on a lower price outcome," argued Kloza.

As was predicted, gas prices have continued their upward trend into the month of February. The current average gas price for February is $3.482, which is up 11 cents from just last month. At this pace, drivers could see gas prices above $4 by Memorial Day, notwithstanding any further turmoil in Middle East.

Despite all the grim news, there is one minor bright spot. The Energy Department’s latest petroleum report illustrates that oil production outside of the Organization of the Petroleum Exporting Countries (OPEC) is expected to grow faster than the demand for oil in 2012 and 2013.

Just how this will affect the price at the pump remains to be seen.

Stay tuned to see if U.S. drivers will experience any relief at the pump or if gas prices north of $4 will become the norm.

Frank Sherosky wrote on February 7, 2012 - 10:22pm Permalink
And if we had more nat-gas cars and trucks in place like we should have had, this wouldn't be such a big deal. And that pipeline from the Baaken would surely make a lot of sense, especially since EVs are so darned expensive as an upfront cost. And to those EV advocates who think the cost of electric power won't go up, best think again. That will go up too, unless we adopt more nat-gas, build more nuclear plants, more wind generators.
Anonymous wrote on February 9, 2012 - 5:50am Permalink
Attention: Do not buy gas from 7-11, Chevron, Valero or Circle K they are robbing us blind! I was a manager for Circle K stores and these C stores take advantage of us because we let them. In every meeting that I attended the supervisors and directors said that this was the perect time to make margin!!! Look at profits made in the previous years by these companies and see what I'm talking about. The proof is in the pudding!!! Make a commitment with your entire family to drive less and take your business to wal mart,sams or mom and pop stores. Lets teach them a lesson. These companies also use the media to to take advantage of us. Lets stop them in the tracks before we pay $4.00. The gas that we are currently paying $3.36 was already bought at a lower price, all they care about is profit. Sorry this comment is not perfect but i'm tired of this!!!!! Lets take care of each other..... With Optimism, The Kool guy el paso texas
Cindy wrote on February 17, 2013 - 2:53pm Permalink
Unfortunately, you have too many people that complain about the price and will drive anyway. Unnecessary trips and SUVs. Most of them that don't care are the teens and people without money problems.