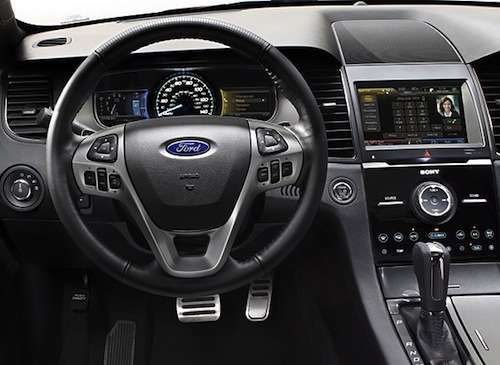 In an effort to combat the MyFord Touch's negative press and to retain its customers, GM will being offering its customers touchscreen training.
Advertisement

Have you had any problems operating the complex touchscreen system in your new General Motors vehicle? You're not alone, because GM has announced it will offer a training program designed to help customers become better acquainted with its new touchscreen technology.

The automaker will offer customers in-dealer touch screen training immediately after their vehicle purchase is finalized. Additionally, GM will contact buyers over the phone to see if they are experiencing any difficulty. GM is even willing to make home visits to ensure that its customers are comfortable with its technology.

“We proactively reach out to the customer after a couple days of ownership to understand, to ask if they have any issues, if there’s anything that we can address,” said Alicia Boler-Davis, GM Vice President for Quality and Customer Experience.

GM currently has training specialists at most of their dealerships nationwide, but not all. As a result, the automaker will hire an additional 25 specialist and station them throughout the country.

The new training program is not a major surprise since customer retention is a top priority for GM. According to GM, one percentage point of customer preservation is equal to 25,000 people, which is roughly $700 million in revenue. GM currently retains slightly more than half of its customers.

GM’s touchscreen problems have been no secret over the past two years. Touch screen and audio system issues have been the primary complaint amongst new GM buyers. Not to mention, Ford finished 27th out of 34 in the J.D. Power survey earlier this year. Ford was previously in the top five, but plummeted due to its finicky MyFord Touch infotainment system.

In 2011, Ford’s infotainment system was ravaged in a Consumer Reports review, which called it “overcomplicated and distracting.” Despite making improvements to the system, Consumer reports once again condemned MyFord Touch earlier this year, claiming it still “stinks.”

Despite the negative reviews, Ford remains committed to listening to customer feedback to improve its touchscreen technology. “We won’t change out commitment to being a leader in infotainment,” said Jim Farley, Ford Motor Co.’s global marketing chief in an August interview. “We want to be the best at it even it means we have to improve usability forever.”