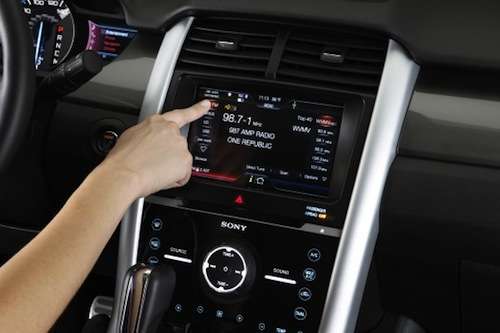 It was just a matter of time before Ford responded to Consumer Reports’ recent condemnation of the MyFord Touch system. On Tuesday, Jim Farley, Ford Motor Co.’s global marketing chief told Automotive News that the automaker is committed to making MyFord Touch an industry-leading device.

That said, Farley does concede that Ford should not be exempt from criticism. In fact, Farley told Automotive News that there is always room for improvement. “We have an obligation to listen to feedback and do everything we can,” said Farley. He went on to say that Ford would dedicate “whatever resources are required to make the system more usable.”

Farley also added that Consumer Reports’ scathing review “won’t change our commitment to being a leader in infotainment.” According to Farley, this commitment is a never-ending when it comes to product perfection. “We want to be the best at it even when it means we have to improve usability forever.”

Although Ford has continued to tinker with the problematic MyFord Touch system, Consumer Reports argued last week that the updated system is still lacking. In an article titled “Why the MyFord Touch control system stinks,” the consumer watchdog site contends “MyFord Touch still frustrates us like few other control systems.”

Not surprisingly, Consumer Reports did not recommend the redesigned 2013 MyFord Touch control system stating, “We wouldn’t recommend dealing with the frustrations of MyFord Touch on a daily basis even to an adversary.”

Consumer Reports has lambasted the MyFord Touch system since it was first introduced in January 2011. Consumer Reports’ testers reviewed the system in the 2011 Lincoln MKX and Ford Edge SEL, ultimately deeming it to be a “complicated distraction while driving.” The consumer website also concluded that driver unfamiliar with MyFord Touch “might find it impossible to comprehend.”

Ford’s response to Consumer Reports comes roughly two months after the automaker issued a rebuttal to J.D. Power & Associates negative review of MyFord Touch. As a result of J.D. Power & Associates less than enthusiastic opinion of MyFord Touch, the market research company has drastically downgraded Ford in its quality rankings since 2011. In fact, Ford has dropped from 7th to 27th in just two years.

Negative reviews notwithstanding, Farley managed to find a silver lining. “According to our consumers, 56 percent say technology was an important part of their buying a Ford, and that’s significantly higher than other brands,” said Farley.

Ford’s global marketing chief concluded by telling Automotive News, “There are functional benefits you get from the system that you wouldn’t get if you didn’t buy a car with MyFord Touch or MyLincon Touch.”