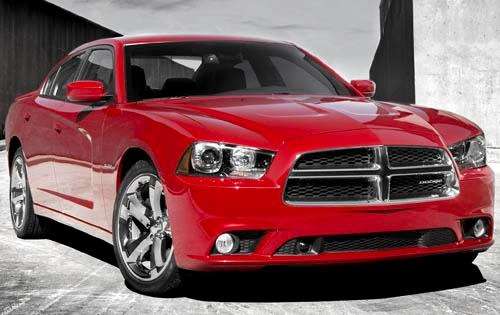 Chrysler has announced the recall of certain Chrysler and Dodge vehicles due to an airbag wiring harness problem that may lead to improper airbag deployment.
Advertisement

Tuesday’s recall covers about 139,000 model year 2011-2012 Chrysler 300, Dodge Challenger and Charger vehicles built between April 2011 and December 2011. Affected vehicles may contain improperly sized terminal crimps on the seat side-airbag wiring harness that may result in side-airbag malfunction and airbag warning light illumination, according to the National Highway Traffic Safety Administration. Consequently, the airbags may not properly deploy in the event of a crash, increasing the risk of injury.

The Auburn Hills-based automaker first began investigating the airbag issue in 2011 after receiving multiple complaints pertaining to intermittent airbag warning light illumination. Chrysler reports that the airbag defect affects under 4 percent of the recalled vehicles and said it has received 113 reports of airbag light illumination from drivers.

Chrysler will begin notifying customers of the recall later this month, according to NHTSA filings. Authorized dealers will replace both driver and passenger seat airbag wiring harnesses at no cost to the owner. In the meantime, drivers may contact Chrysler at 1-800-247-9753. Chrysler’s recall campaign number is N07. Concerned Chrysler and Dodge owners may also contact the National Highway Traffic Safety Administration’s Vehicle Safety Hotline at 1-888-327-4236 or visit www.safercar.gov. The NHTSA campaign number is 13V-118.

Chrysler’s airbag recall is the largest of six recalls all issued on Tuesday, addressing a variety of concerns including broken drive shafts, faulty brakes and fuel tank issues. In total, about 260,000 cars, trucks and SUVs are involved. In addition to several recalls earlier this year, the six recalls bring Chrysler’s 2013 recall total to 10 – three less than all of last year. The automaker’s largest recall this year concerned roughly 360,000 model year 2009 Dodge Durango and Chrysler Aspen SUVs, 2009 to 2011 Dodge Dakota and 2009 to 2012 Dodge Ram 1500 pickup trucks, which were recalled over a rear axle problem.

Tuesday’s recall marks the second time Chrysler has recalled the Dodge Challenger this year. Last month, the automaker recalled 4,459 model year 2013 Challenger vehicles equipped with V6 engines due to an electrical issue, which may lead to a fire. Affected vehicles may suffer from a faulty wire harness that may short circuit and catch fire.

Due to the serious nature of the recall, Chrysler issued a stark warning to all customers urging them not to drive their cars until the problem is fixed. That said, there have been no injuries or crashes reported regarding to the recall.