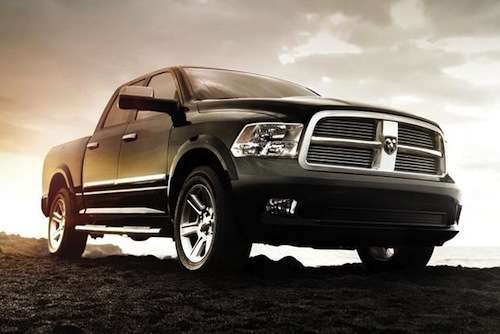 The vehicles in question contain faulty rear axle pinion nuts that may loosen due to the absence of an adhesive patch. Consequently, the axle may lock up and cause a loss of vehicle control. In extreme cases the sudden loss of vehicle control may result in a crash. Thursday’s recall is an expansion of a September recall, where Chrysler recalled 44,000 pickups for the same issue.

Aside from repairing the defect for free, Chrysler will also reimburse owners who suffered out of pocket repair expenses. The automaker asks that owners send the original receipt and/or proof of payment for expense confirmation.

The automaker first began investigating allegations of rear axle issues in July 2012. Initial investigations found that certain Chrysler pickups were manufactured without adhesive patches, which led to the September 2012 recall of 44,300 model-year 2009 and 2010 Dodge Ram 1500 and Dakota pickup trucks. Further investigations discovered that the rear axle problem existed outside of the initial recall, leading Chrysler to issue Thursday’s safety recall. There have been 15 reports of accidents associated with Chrysler’s rear axle defect. None of the accidents resulted in injuries, according to Chrysler.

This week's recall is Chrysler largest recall since a November recall that involved 919,545 vehicles worldwide. The winter recall impacted 2002 to 2004 Jeep Cherokee and 2002 to 2003 Jeep Liberty SUVs. Chrysler recalled the affected vehicles due to a dangerous airbag flaw, which may lead to the side curtain airbags inadvertently deploying while the vehicle is in motion. The recall involved 744,822 SUVs in the United States; 49,430 in Canada; 21,828 in Mexico and 103,465 outside of North America.

The 2013 Dodge Durango was recently involved in a minor labeling recall in December 2012. The recall, which concerned 734 vehicles, was issued because certain Durango SUVs contained labels that overstated the seating capacity.