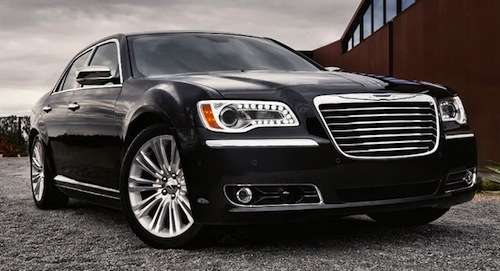 The contest challenges applicants to create an original commercial featuring the Chrysler 300 and The Dark Knight Rises.
Advertisement

Chrysler is partnering with the upcoming superhero movie The Dark Knight Rises for an all-new contest titled “Imported from Gotham City.” As you may have notice, the name of the contest is a spin on Chrysler’s "Imported from Detroit" advertising campaign. The new competition calls upon contestants to create an original commercial that combines footage of the 2012 Chrysler 300 and The Dark Knight Rises.

"The 2012 Chrysler 300 featured in this marketing and advertising campaign was created intentionally to look as if it could be driven on the streets and fit into the nightlife of Gotham City," said Saad Chehab, president and CEO of the Chrysler Brand, in a statement.

The winner will receive a total of $4,440 in prizes, including a trip to Hollywood to edit their commercial with a professional filmmaker and ticket to New York City to attend the red-carpet premiere of The Dark Knight Rises on July 16. Not to mention, the winner’s commercial spot will be aired on national television.

All video submissions will be judged publicly throughout a four-day voting period. Christopher Nolan, director of The Dark Knight Rises, will then chose the ultimate winner. Applicants will be judged based on originality, creativity, memorability and brand effectiveness, according to official contest rules.

Contest rules dictate that submissions must be o longer than 25 seconds in length and must represent both The Dark Knight Rises and the 2012 Chrysler 300. Applicants must only use approved material present in the “Media” section of the contest’s website. The rich media section includes over 160 video clips showcasing the vehicle and movie, 24 pieces of music and 18 titles and graphics options.

The ongoing entry period continues until June 29. Public voting will occur from June 30 through July 3, while the final judging period takes place from July 5 to July 10. The winner will be announced between July 18 and July 20.

The 2012 Chrysler 300 ranks 4 out of 7 on U.S. News Rankings and Reviews list of Affordable Large Cars. The vehicle earned an overall score of 8.3 out of 10, based on 14 published reviews and test-drives. The Chrysler 300 received high marks for its high-quality interior, Standard Uconnect infotainment system and impressive safety features.