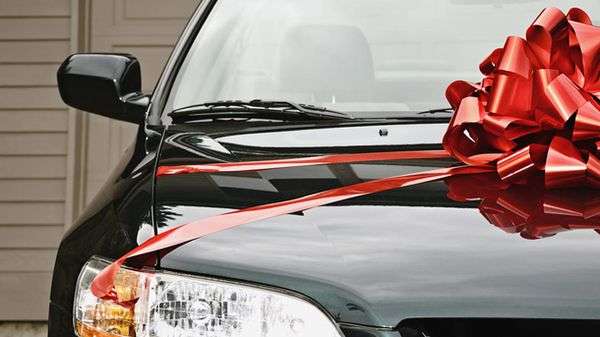 You Probably Cannot Afford a New Car, But You Will Buy Anyway

Statistically, most Americans cannot afford to buy a new car. Yet sales figures show that we are doing so anyway. What gives? Are we approaching an automotive bubble?
Advertisement

Owning a car is part of the American Dream. Owning a brand new car is a sign that you've "made it" financially and is, for many people, almost on par with home ownership in terms of economic importance. Yet statistics show that if sound financial advice were followed, most Americans cannot actually afford to buy a new car.

Wait! What? But new car sales are at record highs, so there must be a lot of people buying new cars. Right?

Yes, there are. This doesn't mean they can necessarily afford them. A lot of people were buying houses in 2006 and 2007. Doesn't mean they could afford them either. Is the current purchasing trend in automotive indicative of a new financial bubble that will collapse markets? By itself, probably not. As a trend on the whole? Perhaps. That's for economists to debate. For now, let's just talk about cars.

The average new car in 2013 sold for about $32,000 off the lot. This means that the average purchase price for all cars sold in 2013 was about $32,000, so there were some that were far more expensive and some that were far cheaper. If you consider the most popular vehicles in the U.S. last year, the Toyota Camry and the Ford F-150, you'll understand why this average cost was what it was. According to Interest.com (a subsidiary of Bankrate), that price tag is above, often far above, what most households can actually afford to pay for a car.

In most of the cities surveyed of the 25 major metropolitan areas on the Car Affordability Study list, only one had an income high enough to justify a $32,000 car purchase. Only three, including that one, had the new vehicle price within 20 percent of what the median income household in that city could afford. That means that in 22 cities around the nation, most people cannot actually afford the average new car.

Yet the bulk of car sales are not in low-end, entry-level, low-priced vehicles. The term "median" implies that they're in the $32,000 range instead. In some areas, median income was so low that people in cities like Tampa can afford only a small handful of the new car models on the market today - and then they would be buying at base level.

So what is "affordable?" The Interest.com metric was the standard rule of thumb often referred to as the "20/4/10" rule. This is the rule often cited by financial advisers as the basic way to calculate what you can afford in an automobile. You put 20 percent down, get a four-year loan, and pay no more than 10 percent of your monthly income for payment and insurance on the vehicle. Interest.com calculated that to be about $641 for a $32,000 car.

Curious as to whether this rule was too conservative, I asked around. One friend of mine, an accountant, replied that he advises clients not to get a loan on a car at all, but instead to always pay cash for vehicles. Why? "Interest rarely meets depreciation and debt is not a good idea in our current economy." Another CPA told me that his general rule is a 20/5/10, which merely changes the above rule to a 5-year loan period rather than four. He says that since most auto loans are had at rates under 4 percent, this is justifiable if the down payment can knock out the immediate "off the lot" depreciation right away - which 20 percent will do on a large portion of new car purchases.

Finally, I asked a financial adviser. He gave me the 20/4/10 rule, but with caveats. He only recommends that for those who cannot afford to purchase outright, are under age 45, and who would retain the ability to still save or invest at least 10-15 percent of their income. He also recommends avoiding the "brand loyalty" stigma of only buying one or two kinds of car because they are theoretically "more reliable" and instead purchasing based on financing offers and maintenance and warranty inclusions. "A car with a reputation for reliability is great, but one that comes with a guarantee of reliability and 2% financing is better."

This is sound financial advice coming from not only one of the most-trusted Internet brands for financial advice, but also from at least two more people who work in the business of personal finances. Yet most Americans are, apparently, ignoring this advice and buying more than they can afford when they purchase an automobile.

Here's how many of them are getting away with it. First, many are not buying under 4 or even 5 year loan options, but are instead paying for out to seven years. Making payments on a seven year old car seems ludicrous on its face, but for many, it pulls that monthly payment down to within the 10 percent goal of our rule of thumb. Another point is interest itself. Many manufacturers offer very low interest rates to qualified buyers. Lower interest means higher principal payments which, in turn, means a higher principal (car price) can be paid. On a five-year loan, an interest rate of two percent can mean a couple of thousand or more saved on the total cost of the car when the loan is closed.

And the most likely reason that many are buying cars they cannot technically afford? Leasing and by cutting into other life costs. Leasing is generally a cheap way to get into a vehicle that otherwise is not likely affordable and delaying the cost of that car, perhaps indefinitely if the lease-drive-lease paradigm continues. On top of that, the savings rate in this country is very, very low. Since the 1980s, personal savings rates in the United States have nose-dived, hitting an all-time low in 2004 at just 1.5 percent of total disposable income and currently trending at around 3.7 percent. In the 1980s, personal savings trended around 11 percent of total disposable income, fell to that low, then went up to about 5 percent in 2008 before the market crash. Likewise, median net worth fell in parallel to savings drops. This shows that the current trend is to spend rather than save, accounting for the likely higher percentage of personal income being spent on an automobile.

What do you think? Are Americans spending too much on cars? Should people be re-thinking their lifestyle choices in terms of personal finances and automobiles? Or is the financial advice given by these experts out of touch with reality?