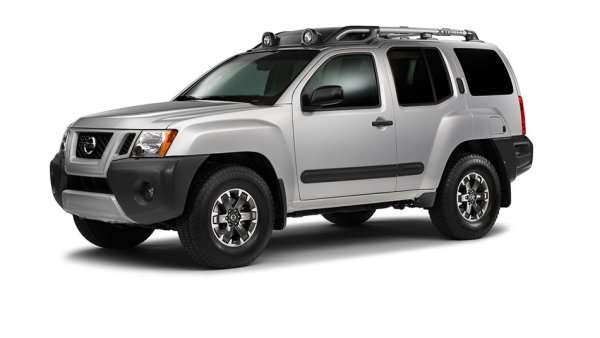 Is the Xterra Going Out To Pasture?

A rumor is circulating to the effect that Nissan plans to retire the Xterra SUV. We reached out to Nissan to find out.
Advertisement

The Xterra is, like the Frontier it shares a platform with, very long in the tooth. Introduced over ten years ago, the Xterra hasn't seen a significant upgrade since. Rumors that Nissan plans to cut the SUV from its lineup seem to originate from a short Edmunds story that cites no source.

The rumor, though, does have some basis. The Xterra has seen flagging sales, with last year showing a big 7 percent drop. Add in some issues with it not meeting 2016 federal emissions, and it doesn't look good for the capable family offroader. Yet rumors of the Xterra's demise may be a little premature.

We reached out to Nissan to get it from the horse's mouth. We got a basic non-denial, but there is more to this than what Nissan will or won't say.

"We are aware of rumors and the speculation behind them," said Nissan about the Xterra. "Nissan does not, as a policy, talk about future product plans or comment on speculation. We have made no announcement regarding the Xterra and the 2015 Xterra is available in Nissan dealerships currently."

If you recall, Nissan said something similar last year when we asked about the rumored demise of the Cube. The difference here being that the Cube was a short-lived and relatively stand-alone car whereas the Xterra is basically the SUV option for the Frontier pickup truck.

The Nissan Titan has unveiled, of course, and we expect to see a new Frontier unveil soon. That would precipitate a new Xterra unveiling, we believe. As one of the few competitors left in the off road sport utility segment, it would be a shame to see the Xterra go. Given the expected unveiling of the new-generation Frontier sometime this year (perhaps in LA this fall) and the likelihood that the Xterra would follow, it's our opinion that the Edmunds rumor of a dead Xterra is wrong.

Glen wrote on February 24, 2015 - 5:20pm Permalink
Just a quick note regarding the new Nissan Navara sold in Asia and Oceana.(The basis for the replacement Frontier in the USA - whenever it arrives there) Its been announced in various interviews and press releases that Nissan in Thailand will be building a wagon version of the Navara much like the original Pathfinder. Speculation in Australia is that it may be known as Xterra and may also be a replacement for the USA Xterra has been in some motoring press. In Asia a large growing market for ute based 4x4 wagons in this class exists.
Ron wrote on April 9, 2015 - 12:05pm Permalink
Just to clarify.... "Introduced over ten years ago, the Xterra hasn't seen a significant upgrade since." It was introduced ~15 years ago, and there was a significant upgrade from the 2004 to 2005 model (body style changed a lot and it went from the VG33 motor to the VQ40