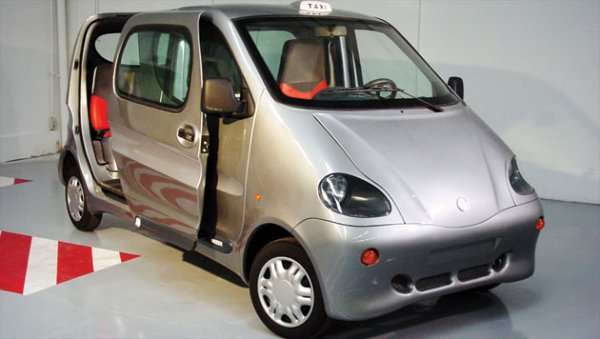 Whatever Happened To That Compressed Air Car Anyway?

Remember that compressed-air powered car that Tata in India was going to build? Whatever happened to that?
Advertisement

Back in 2012, the Indian automaker Tata was touting its air-powered car, called the Tata Air Car, to the world and claiming that it would go to production as one of the cheapest and simplest cars on the road. Fast-forward to the end of 2014, two and a half years later, and we still haven't seen any Air Cars on the road. Why not?

The concept for the car was shown in May of 2012. "With questionable science and wild engineering claims, Tata India appears serious about taking their compressed air powered car to production," I said when reporting it here at Torque News.

The car was claimed to have a 50 mph top speed and 80 mile range using only compressed air, which could be refilled in about two minutes. The drivetrain was taken directly from the AIRpod concept in Europe. The problems of compressed air as a means of propelling a car, however, are many, not the least of which is the very poor fuel efficiency it offers.

Ever since showing off the Tata Air Car taxi prototype, the company has been in "phase two" of their plan to put the car into production. That phase has the vague goal of "fine-tuning the car for market." The showcase of the 2012 car was already a little off schedule, as that was planned to happen the year before.

After that showing, Tata has been silent on the compressed Air Car concept. It's doubtful that anything more will come of it.

On other fronts, several companies around the world are toying with compressed air vehicles and even hybrid-electric compressed air drivetrains. The core issue with compressed air is that it must either be very high pressure or there must be a lot of it stored on the car in order for it to be feasible for any distance. This poses problems as compressed air tanks get heavy when filled and several of them can outweigh a typical small engine. Further, compressing air and then returning it for use to propel a vehicle is very energy inefficient, with only about 25-35% efficiency overall.

Earlier this year, Peugeot showcased their "HYbid Air 2L" demonstrator in Paris. That vehicle, was very innovative, utilizing a compressed air system and a small 1.2-liter gasoline engine in a hybrid format. We talked about it here.

For the most part, the idea of propelling a car on compressed air is not very realistic. For very short distances at low speeds, it's been proven as feasible, though not always efficient. At higher weights (to meet safety standards) and speeds, however, it's mostly a pipe dream.

Tesla Contemplates A New Strategy for China Retail even As Sales Boom
Jay Leno on Elon Musk & EVs: “I Think He Should Get ... Credit"
END_OF_DOCUMENT_TOKEN_TO_BE_REPLACED