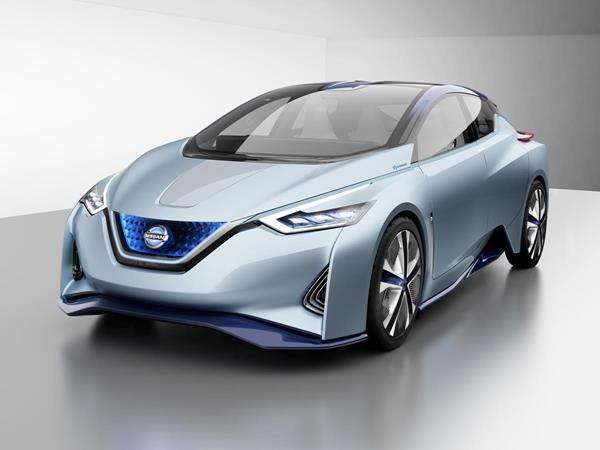 What the Nissan IDS Concept Means for Our Driving Future

The Nissan IDS Concept was shown in Detroit at the North American International Auto Show (NAIAS) as a showcase of zero-emission, autonomous driving for the near future. There’s a lot of reality in this futuristic car.
Advertisement

The IDS Concept was first unveiled in Tokyo last year and follows on the plans Nissan made in 2013 to have autonomous drive technology in several vehicles across its lineup by 2020. Called Intelligent Driving, the plan is to implement self-driving tech into vehicles to help eliminate accidents and enhance driver’s lives by removing tedium from everyday driving. It also has the goal of giving more relevant information to the driver and better safety to the car through intelligent use of the information the car gathers inherently because of its autonomous capabilities.

A video introducing the concept begins explaining the idea.

One of the key points the IDS Concept wishes to express is that auto-driving cars does not have to mean boring boxes on wheels that merely convey someone from one point to another like an escalator or bus. Instead, they can be dynamic vehicles that allow for fun experiences in a safer environment and more enhancement of the overall driving experience itself. One of the key facets shown in the IDS Concept is its computer’s ability to learn its driver’s “style” on the road and mimic that when the car is doing the driving, creating a more seamless and personalized experience in the cabin.

Further, because the car can drive itself, this frees the driver to take in the sights unimpeded, use the infotainment system to conduct a tour of the scenery being passed, check messages, or talk freely with passengers without worry. At any point, the driver can take over the car and drive in order to enjoy the joy of the road.

"A key point behind the Nissan IDS Concept is communication. For autonomous drive to become reality, as a society we have to consider not only communication between car and driver but also between cars and people. The Nissan IDS Concept's design embodies Nissan's vision of autonomous drive as expressed in the phrase together, we ride," says Mitsunori Morita, Design Director.

This point illustrates the rest of the car’s design concepts. The interior is made to be roomy and open to conversation and multi-use. Traveling board meetings, dining on the go, and more can be possible with this sort of setup. The video shows the ideal in regards to safety, security, and enhanced mobility as well.

Nissan’s vision with the IDS Concept is likely the closest to what the foreseeable reality of autonomous driving will be. Ford, for example, has a similar plan with their self-piloted and semi-autonomous vehicle ideas. As I”ve stated before, many of the early points used to promote and convince the public to get interested in having autonomous drive will be convenience factors. Self-parking cars (which Nissan shows repeatedly), cars that take the doldrum out of the commute, and cars capable of valeting the driver and passengers will be major selling points for this technology. All of which are showcased in the IDS Concept.