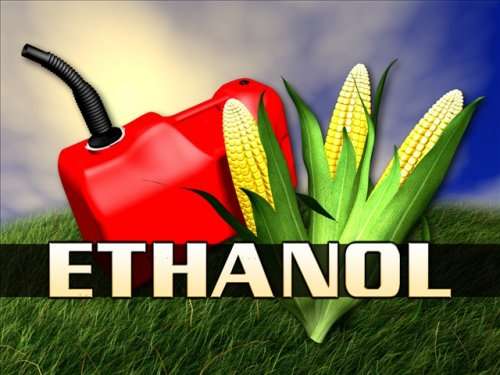 The UAI and the EFC have called the EPA MOVES2014 corn ethanol emissions model "seriously flawed" and are calling for peer review of the emissions estimates in the annual report.
Advertisement

The Urban Air Initiative (UAI) and the Energy Future Coalition (EFC) are questioning the Environmental Protection Agency's MOVES (motor vehicle emissions simulator) modeling system for estimating the emissions from mobile sources. Calling the methodology "seriously flawed," the groups are calling for peer review of the models, especially as they treat higher ethanol blends.

The EPA's Office of Transportation and Air Quality (OTAQ) developed the MOVES report to estimate the emissions for mobile sources at the national, county, and project level for specific pollutants. These include air toxins, greenhouse gases, and others. The latest report is MOVES2014, which includes the effect of Tier 3 rule and the impacts of other EPA rules promulgated since the last report, MOVES2010.

The trouble is, the MOVES report is not peer reviewed, but is still a go-to source for policy makers. UAI and EFC note that MOVES2014 will be used to estimate air pollution emissions from cars, trucks, motorcycles, and buses in official State Implementation Plan (SIP) submissions to EPA. The EPA has advised states to use MOVES2014 in SIP development as expeditiously as possible.

A letter from the two organizations to EPA Administrator Gina McCarthy calls for the agency to suspend the use of MOVES model with respect to ethanol blends until the EPAct study that it's based upon can be peer reviewed by transportation fuels experts at the Department of Energy's Oak Ridge National Laboratory and National Renewable Energy Laboratory. After the peer review, they further request analysis evaluation to maximize the accuracy of the EPA's modeling.

Amazingly, the organizations are actually concerned that the estimates behind the ethanol blending study are inaccurate in favor of petroleum fuels. "The new elements in MOVES2014 pertaining to ethanol reflect the findings of a study conducted for EPA by the Coordinating Research Council (CRC), a non-profit organization supported by the American Petroleum Institute and a group of auto manufacturers (Chrysler, Daimler, Ford, General Motors, Honda, Mitsubishi, Nissan, Toyota, and Volkswagen). The study … used an inappropriate fuel sample methodology designed in part by a Chevron consultant," their letter states.

The groups' primary concern is that the EPA's study used match-blending ethanol in its study whereas the majority of the ethanol fuels sold in the U.S. are splash-blended. The difference is not insignificant. Products like E10 and E15 are splash blended (meaning the ethanol is poured into standard petroleum fuel and mixed). The fuels the EPA tested were match-blended, a method by which gasoline blendstock is adjusted to match certain selected parameters, usually to maximize octane ratings. This second method is more expensive and is not normally used in consumer fuels.

Whether or not this adjustment would raise or lower the emissions profile of ethanol blends is a matter of debate. This is what the two organizations seem to be hoping will resolve through peer-review. The letter to the EPA from the UAI and EFC can be read here (PDF).