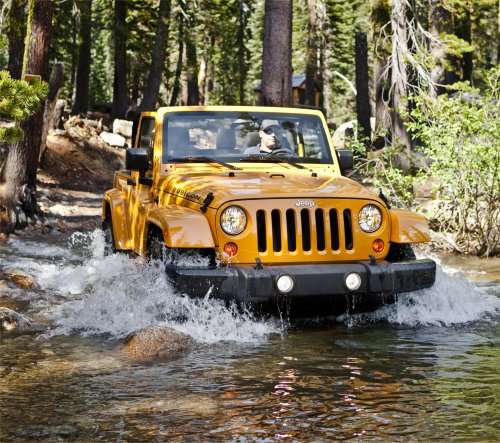 The nation's largest truck-oriented press event in held every year in Texas by the Texas Auto Writers Association (TAWA) and is aptly called the Texas Truck Rodeo. At this year's event, the 20th to be held, TAWA members voted for their favorite vehicles in several categories. Once again, Chrysler took top honors.

For the third time in a row, the Jeep Grand Cherokee was voted "SUV of Texas" by TAWA members. The 2013 Ram 1500, which greatly impressed this writer during the Rocky Mountain Automotive Press' 4xFall event, was named this year's Truck of Texas. In all, Chrysler took 8 out of the 19 awards given at the Texas Truck Rodeo this year.

Although these awards are great in and of themselves, they were given for a reason. Those who have seen the new Ram 1500 should realize that it's poised to change the game for pickup trucks. Full-sized trucks have, by and large, been a stagnant segment with the greatest improvement thus far being the addition of high-compression and more efficient engines (e.g. Ford's EcoBoost and General Motors' cylinder deactivation). Ram has done a complete package overhaul of the 1500 line with improvements, not just in the drive train (which is impressive with the 8-speed transmission offering), but in the entirety of the truck's chassis and under-skin components. It's no wonder the 1500 took top honors in Texas.

Other winners at this year's Truck Rodeo include the 2013 Ford F-150 SVT Raptor for the Off-road class and the 2013 F-250 Super Duty in the heavy-duty class. The Toyota Tacoma won in the mid-sized truck category, a market segment that has seen falling interesting recently.

In all, 58 vehicles were on hand from automakers like Chevrolet, GMC, Ford, Honda, Nissan, Ram, and Toyota. More than 150 participants took part in this year's Texas Truck Rodeo.