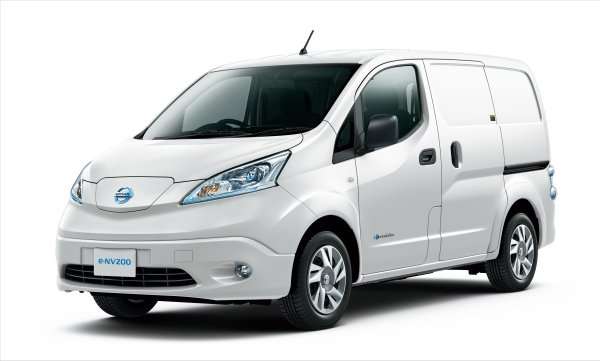 Nissan has chosen Portland, Oregon as its "breeding ground" for the e-NV200 electric commercial van. A six-week trial there in partnership with PGE will put the second of Nissan's fully electric vehicles into real-world testing on American soil.
Advertisement

Nissan, which says that Portland, Oregon is a top sales market for its all-electric LEAF, will become the official proving ground for real-world testing of the e-NV200 electric van. In collaboration with Portland General Electric (PGE), the van will undergo a six-week trial as part of the PGE fleet. It will specifically be replacing a larger van which an underground crew works with.

"Oregon has been a top five market for Nissan LEAF sales in the U.S. due to proactive policies at the state level to encourage EV adoption, as well as robust charging infrastructure championed by the state and others like PGE," said Toby Perry, Nissan’s director of EV Marketing in the U.S. "If we determine that e-NV200 fits into the U.S. commercial vehicle market, we expect that Portland would be a leading driver for sales as well."

Later this year, another e-NV200 will enter the FedEx local delivery fleet for another real-world proving. That one will see action in an as yet to be determined market, likely in California, Georgia or Washington, D.C.

The e-NV200 is functionally very similar to the popular NV200 small commercial van, which Nissan introduced to the U.S. market just a couple of years ago. It is also sold as a rebranded Chevrolet Express in both the U.S. and Canada. It's a compact cargo van similar to the Ford Transit Connect and the upcoming Ram ProMaster City (based on the Fiat Doblo).

With the introduction of the e-NV200, which began rolling off the production line this month, the company now sells two all-electric (or battery-electric) vehicles. Nissan has been producing the best-selling electric car, the LEAF, for about three years, bringing production to its U.S. facilities in Tennessee last year (including batteries). The e-NV200 is built in the United Kingdom.