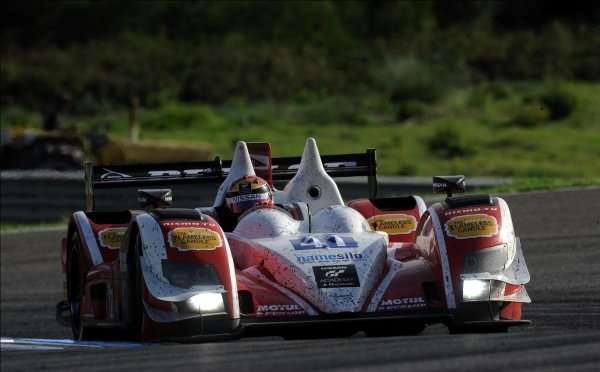 With some wins and a close encounter with the safety wall, Nissan had a mixed, but strong finale for its European Le Mans Series this year.
Advertisement

The 4 Hours of Estoril marked the season's final race for the 2014 European Le Mans Series and it was a good one for Nissan. Nissan-powered vehicles and a complete newcomer to aero car racing had good showings throughout the series, culminating in wins and losses.

A newcomer to the LM P2 series was seen in the Estoril race as well. Portuguese racer and 2013 GT Academy Europe winner Miguel Faisca made his aero car debut at this final race. Like most of his predecessors from the GT Academy, Faisca was thrown in at the deep end and managed to have a good showing for himself, proving he could be on par with his fellow GT Academy friends Lucas Ordonez, Jann Mardenborough, and Wolfgang Reip.

Fasica drove a total of fifty laps, though 2012 GT Academy Russia winner Mark Shulzhitskiy started the race for the team. Shulzhitskiy took the No. 28 from seventh to fourth place overall in the opening lap, showing how fast a gamer-turned-racer can become a pro. He hit third place before an attempt to pass a GT car had him coming unstuck and going into the grass. He tried to correct, but met the wall, damaging the car.

The aero car could still run, but No. 28 was hobbled and would not be able to overtake again. Despite this setback, though, newcomer Faisca made the best of it and showed he has a lot of promise as a driver.