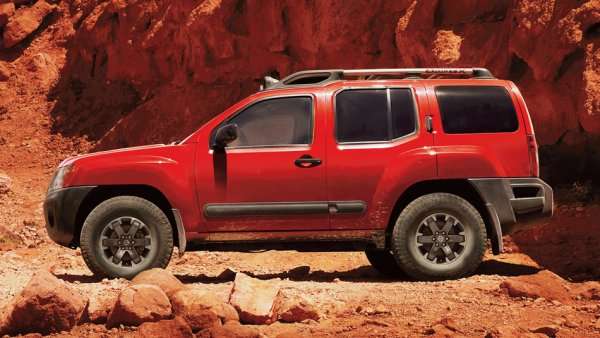 A decade ago, the Xterra was one of the most popular offroad vehicles you could find. Now, sales figures are so abysmal that Nissan, after having left it unchanged for years, has decided to kill off the model in favor of crossovers and trucks.
Advertisement

Back in 2005, the Nissan Xterra made up almost 8 percent of the overall U.S. sales for the company. Last year, it barely reached one percent. When the Xterra debuted in 2000, it was a resounding success and fit nicely between the Pathfinder, which had grown larger over the years, and the Frontier pickup truck it was based upon. As one of the last true sport utility vehicles on the market, though, it's struggled to find relevance with sales dipping since 2005 in a slow, agonizing drop to near insignificance.

Nissan has now announced that the 2015 Xterra will cease production soon and will not begin again for the 2016 model year. "The Nissan Xterra has completed its current production cycle. After more than 750,000 Xterras sold since its introduction as a model year 2000 vehicle, the last Xterra will be sold in the fall of 2015."

The writing was on the wall for the Xterra, though. And has been for some time. Sales volumes from 2011-2014 were well under 20,000 units per year. Even as the Frontier pickup truck enjoyed continued steady sales, the Xterra was dropping. Without a significant redesign in years and with the Jeep Wrangler dominating the segment's already-limited sales totals, the Xterra was doomed.

As the last true body-on-frame SUV in Nissan's lineup, though, it's sad to see the Xterra go. One of the most capable people-haulers in their line, the Xterra offered a lot of goodness for the buck. Yet it was often neglected as Nissan focused on volume-selling vehicles such as the Rogue, Murano, Altima, and Maxima.

Now, finishing out this year at sales likely to be in the 10,000 unit range, the Nissan Xterra is to be no more. We expect the secondary market to light up for a year or two after this news. There are a lot of Xterra fans, but like many enthusiasts, they don't make up a large market of new car buyers. Just ask the Lancer Evolution if you don't believe that.

Manfred wrote on August 19, 2015 - 10:47pm Permalink
We bought a slightly used 2007 2 wheel drive Xterra in early 2008 to replace a '97 Pathfinder that had been totaled by a car running through a stop sign. What a pleasant change! I found the Pathfinder uncomfortable - the seats just never fit my butt and the car was short enough to make the bumps in the road more noticable. All that changed with our big yellow Xterra. It is the most comfortable ride we've had in years. Strong, fun, reliable. Pulls our Coleman pop-up camper with no problem.
dave wrote on October 17, 2015 - 1:25am Permalink
IT was made obsolete by the Frontier 4 door pickup.