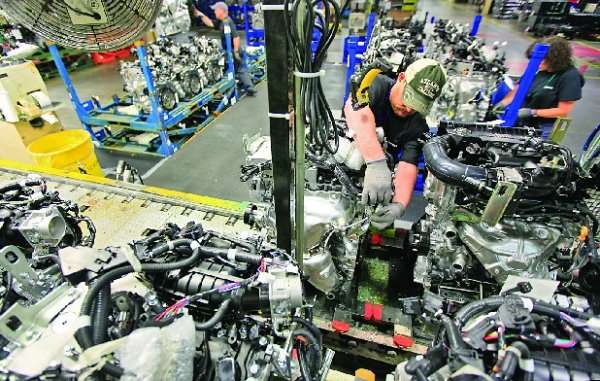 The 2015 Nissan Murano is going to being production soon and Nissan is adding about 500 new jobs to its Mississippi plant in order to make that happen.
Advertisement

Need a job? You might need to relocate to Canton, Mississippi because that's where Nissan is hiring. The company is adding 500 new jobs to its Vehicle Assembly Plant there in order to ramp up production of the all-new 2015 Murano.

Nissan unveiled the all-new Murano in New York this year and will make it the eighth vehicle model they're producing in Canton. The plant already builds both the Frontier and the Titan pickup trucks, as well as other crossovers and SUVs. Canton will be the global source for the Murano model, which means it will export from there to about 100 other markets worldwide.

"Recruiting efforts and preparations for the start of Murano production this fall are underway and current employees are excited to add this vehicle to the list of outstanding cars and trucks built in Mississippi," said John Martin, senior vice president, Manufacturing, Supply Chain Management and Purchasing for Nissan North America.

Adding in these five hundred new jobs will bring the workforce at Canton to 6,000 manufacturing jobs. The construction of a nearby supplier park for offices, warehouses, and centers for some of Nissan's supply chain partners is underway and will complete this fall, adding even more jobs to the region as suppliers begin moving in.

Nissan's Canton, Mississippi production facility opened its doors in 1983, rolling a white pickup truck off the line. Since then, it's grown steadily as Nissan has poured billions into its expansion. Nissan's U.S.-based facilities in Mississippi and Tennessee have produced a total of 13 million vehicles to-date, 8 million engines so far, and supplied more than 15,000 manufacturing jobs.