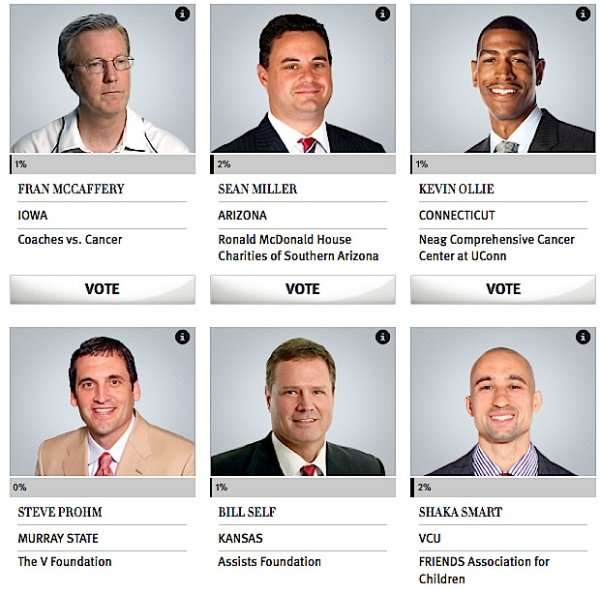 In partnership with their respective organizations, Infiniti has announced the fourth year of the charity event in which fans vote for coaches in a title-style bracket tourney to donate to charity.
Advertisement

In partnership with the National Association of Basketball Coaches, the National College Athletics Association, and ESPN, the charity challenge has each coach's win in the tourney being awarded with a donation to their local charity of choice. A total of $249,000 will be awarded as the tournament progresses through the season. The further a coach advances, the more money he or she raises for their chosen charity.

The final winning coach will receive a $100,000 donation for their benefit of choice.

The tournament began on January 6 and is completely fan-fueled. The tourney lasts ten weeks in total and fans can cast votes for their favorite lockups at www.ESPN.com/Infiniti. The first round started on the 6th and runs through the 26th. Fully half of the coaches will advance to the second round, which begins on January 27 and runs through February 16th. The third round begins on February 17th and runs through March 2 with the final four will compete from Mach 3 to March 16th.

Fans can vote for one coach per region, per day.