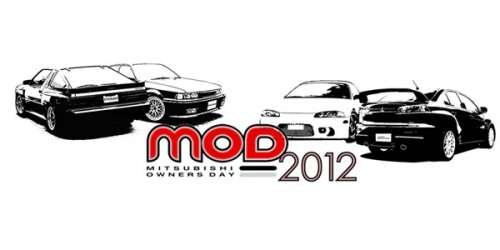 Saturday, July 14th is Mitsubishi Owners Day (MOD) with celebrations and events happening all day, free to the public. Several production and prototype vehicles will be on display. Awards to attendees will include a hi-def, big screen television, race driving school tickets, and much more.
Advertisement

Mitsubishi Motors North America is holding its annual Mitsubishi Owners Day (MOD) on Saturday, July 14th, at its headquarters in Cypress, California. Festivities begin at 9:00am (local time) and are open and free to the public.

Events will include showcases of current and upcoming Mitsu models and prototypes, including the 2013 Outlander Sport, i-MiEV Evolution (challenging Pikes Peak this year), a customized Lancer Evolution from Rockford Fosgate and more. Current Mitsubishi owners are encouraged to bring their own vehicles for display and will receive "thank you" packages including free food from the In-and-Out Burger mobile catering truck that will be on site. Other prize drawings exclusively for owners will include cool packages from participating attendees including Rockford Fosgate and some of the customizers at the MOD.

Custom vehicles on display will include Diamond Star treasures like multiple generations of the Lancer Evolution sports sedan, iterations of the Eclipse, Starion, Outlander and Montero. The advanced-tech 3000 GT, of course, has had numerous fans putting after-market modifications and power improvements on it as well, many of which will be showcased at MOD 2012.

Prizes to attendees, whether current Mitsu owners or not, will be given through a raffle during the day. These prizes include a Mitsubishi Electric hi-def TV in winner's choice of 73, 82, or 92-inch display, a Lancer Evolution Experience at the Simraceway Performance Driving Center on the Sonoma Raceway plus a Simraceway SRW-S1 steering wheel for virtual racing play. A set of Nitto tires, a DSPORT bundle pack with 1-year subscription, and more will also be up for grabs at this year's MOD.

Displays will include VANS BMX and skateboard team demonstrations, a racing simulator courtesy of Simraceway, a bounce house for the kiddies, and a lot more.

MOD 2012 will be at Mitsubishi HQ at 6400 Katella Avenue, Cypress, California. More information can be found at Facebook.com/Mitsubishi or at MitsubishiCars.com/mod2012. Photos and event announcements will be under Twitter hash #MOD2012.