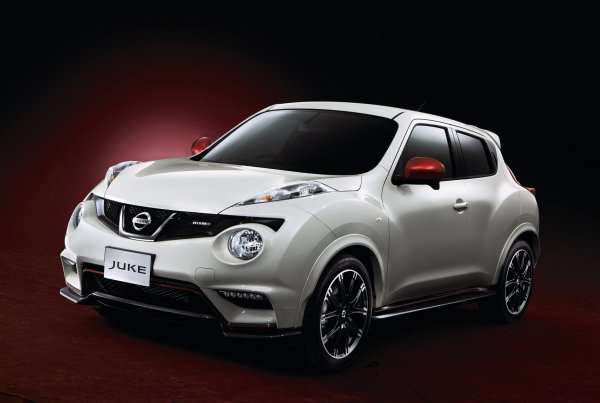 Nissan's NISMO models, lead by the Juke NISMO, are gaining ground as some of the most sought-after model options as the company's racing and performance brand gains popularity.
Advertisement

Nissan's premium racing and performance line is NISMO (NISsan MOtorsport) and it's gaining attention and popularity as one of the premium brands for enthusiast buyers. Options added to NISMO-branded variants include body style changes, performance-oriented upgrades, race-ready parts, and unique paint schemes and badging.

The combination of upgrades the NISMO badge can carry for many of Nissan's vehicles make those branded vehicles some of the most popular tuning options Nissan sells. The Juke NISMO, for example, has sold over 3,700 units in Europe, Japan and the U.S. since January, making it the most popular NISMO-branded vehicle in the lineup.

At least for now. The next likely NISMO-named released will be the GT-R NISMO, one of the most-anticipated race-tuned consumer models of all time.

Other NISMO-tuned vehicles include the Z NISMO, which is also very popular (sold as the 370Z NISMO in Japan and the Fairlady Z Version NISMO in Europe). Fifteen to 30 percent of the Z models sold are the NISMO version, Nissan says (percentage dependent on market).

"We are delighted to see that our NISMO models are well perceived by the markets," said show Shoichi Miyatani, NISMO Business Office head of Nissan Motor Co., Ltd and President of Nissan Motorsports International Co., Ltd. "We are encouraged to introduce further models into the markets, which will surely provide additional thrills and excitement to customer’s lives."

Nissan plans to release at least one NISMO model per year, eventually encompassing all Nissan models worth tuning. As stated, the GT-R NISMO is next, releasing in 2014. While specs have not been released, the 2014 Nissan GT-R is already a very impressive vehicle (read my quick track review here) and it's hard to imagine what can be improved in this car.

Here is a video review of the 2014 Nissan GT-R Premium based on my track day drive:

As a racing brand NISMO has only recently hit the track, but has already won many accolades and race wins to prove its prowess. In 2012, the new GT-R race cars in the NISMO lineup won both the driver's and team titles in Super GT. Nearly all Top 5 cars in the 2013 24 Hours of Le Mans were powered by Nissan engines and the 2013 Blancpain Endurance Series Pro-Am Championship Nissan GT-R NISMO GT3 won at Silverstone and took third place at the Spa-Francorhcamps. That last placement was with gamers-turned-pro racers from Nissan's GT Academy which takes video game race drivers and turns them into real world drivers and puts them in competition.

Next year, the ZEOD RC from NISMO will be racing in Le Mans in the Garage 56 category of experimental race cars. In the mainstream race, Nissan's DeltaWing race car will be racing as a coupe as well, under a private team.

Truly, the NISMO name is fast being recognized as a premium tuning and racing moniker. Expect to see more of it, and soon.