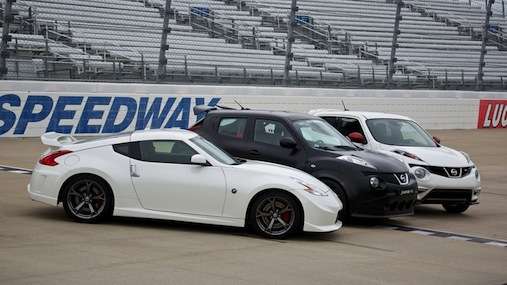 NISMO is collaborating with Williams Advanced Engineering and along the lines of the 2014 GT-R NISMO, there are many more high-performance cars planned in the future.
Advertisement

If you are a fan of high-performance road cars, there are very good days ahead. The high-performance car is not dead, and Nissan will be making sure of that. NISMO, the high-performance division of Nissan has just announced they will be collaborating with Williams Advanced Engineering to build many more performance cars under the NISMO brand. They already brought us the Juke NISMO, 370Z NISMO and the third NISMO-badged model, 2014 GT-R NISMO. What can we expect from NISMO in the future?

Nissan tells us the new collaboration with Williams Advanced Engineering will give them new technology in the area of aerodynamics, simulation and material science. This will enable the performance division NISMO to develop even faster high-performance production cars for you to drive. These hot new cars will be produced in the near future and are planned for launch worldwide from 2014 and beyond.

Now NISMO says they will accelerate their global launch of performance cars even faster than originally planned. In February this year, NISMO officially opened a new global headquarters in Yokohama, Japan. Nissan is promising a rapid pace of introduction of even more NISMO models, at least one model every year during the Nissan Power88 period, encompassing the breadth of the Nissan road car range.

That’s very good news for performance car fans. Nissan NISMO will be able to learn much from the cutting edge technology Williams Advanced Engineering brings to the table. NISMO says, “This collaboration will see us work closely together to develop cars that will be at the forefront of automotive technology."

We can look forward to more “bloody quick” cars like the 2014 Nissan GT-R NISMO coming in the near future. We will look for the new high-performance models to begin launching next year. Stay tuned performance fans.

Watch The World is a Race Track for Nissan's Expanding NISMO Line video.