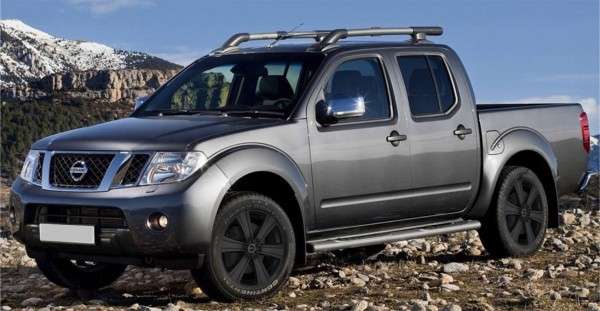 If the TPP is Ratified, Would the U.S. Get a Nissan Navara?

The Trans-Pacific Partnership (TPP) has been under negotiation, behind closed doors, for some time. It's now up for Congressional approval, which could mean the "chicken tax" on pickup truck imports would be lifted. Would that mean Nissan would bring us a Navara?
Advertisement

Last year, a new-generation Nissan Navara pickup truck was unveiled for non-U.S. markets - largely South America and Pacific Asia. That truck is very different from the Navara shown above, which is a virtual twin of the current-generation Nissan Frontier being sold in North America. Since Nissan has made no announcement for the updating of the Frontier, pushing it to the back burner in favor of the all-new Titan pickup truck, it makes us wonder what their plans are for this little truck.

Currently, Congress is considering a new economic treaty that involves many other nations such as Canada, Mexico, New Zealand, Australia, Japan, and several other South American and Pacific Asia nations. Called the Trans-Pacific Partnership, or TPP, the treaty has been under negotiation for over six years. It's still not publicly available for comment, but has entered subcommittee consideration in the U.S. Senate and in the governments of the other nations involved as a mostly-finished deal.

A big part of that treaty is the expected end of the "chicken tax" on pickup truck imports, which currently stands at about 25 percent as a tariff on foreign builds. That tax has kept us from seeing versions of popular pickups from other markets, such as the Volkswagen Amarok and the Nissan Navara. Lifting that tax could even pave the way for the return of the Ford Ranger, which cased production here when buyer levels got so low that continuing to build it here was a losing proposition. It's still made in other markets.

In fact, lifting that tax could mean a host of compact and midsize pickups made in many of the markets involved in the TPP would suddenly become available, at least as an import option, for many buyers. That would include the stylish new Nissan Navara, now being sold in most of the markets included in the TPP.

There is still the North American Free Trade Agreement (NAFTA) to consider, however, which kept a partial import tariff on many vehicles if their parts sourcing inside the U.S. is not above a certain percentage. There's talk that the current requirement of 62.5 percent in-NAFTA region sourcing may be lowered to 45 to 55 percent under the TPP. This would also have the potential to dramatically change how some vehicles are built and might lessen some of the incentive to build automotive manufacturing in the U.S. and Mexico. On the other hand, transportation costs might replace much of that lost incentive given the rising costs of transport and the current push by most automakers towards long-term plans for regionalization of product sourcing and manufacture to counteract other economic forces such as currency uncertainty.

Flipping the coin, this treaty would also mean that U.S. makes could more easily get into markets that are, as of now, very hard to reach due to their own import duties. Japan, for example, has a very high tariff on imported vehicles and as such sees little in the way of foreign-made vehicles by comparison. An example of how those barriers, when removed, would benefit automotive in both directions would be South Korea, with whom a deal was struck in 2011 and whose automotive market has surged in both imports and exports. It's no coincidence that four or five years ago was about the point that the Korean makes of Kia and Hyundai began looking more upscale and of higher quality than they had before.

If the TPP is ratified by Congress next year, which is very unlikely - it would probably take two or more years to do so - the treaty would also have to be ratified by the other participants. So we can assume that it would be five years before it began to take effect. It may roll out in stages from there, so the full affect would be longer-term. It could mean, however, that the Navara and pickups like it might become import items for those who pine after smaller, more uniquely styled vehicles that are not commonly available here. It could mean that dealerships themselves could begin offering those vehicles as catalog items.

Meanwhile, similar agreements as part of the Transatlantic Trade and Investment Partnership (TTIP) might make the automotive market much more global than it is even now.

Parks McCants wrote on October 13, 2015 - 5:32pm Permalink
As U.S. manufacturing jobs went to the Mexican border with the advent of NAFTA, U.S. based international manufacturer's would displace well paying domestic manufacturing, IT support and engineering jobs with more cost effect bottom line building offshore counterparts. Once again a scheme bankrolled through industrial lobbyist toward the further "3rd worlding" of Canada and the U.S.. A good read, thanks for sharing.
Dave wrote on October 14, 2015 - 2:13pm Permalink
TPP will eventually halt all production of vehicles in North America save may be large trucks
Aaron Turpen wrote on October 14, 2015 - 2:40pm Permalink
I very much doubt both concerns. With shipping being what it is and with costs of components being what they are, most automakers are planning long-term for region manufacture. Even in markets that are otherwise very expensive, like Europe. We've already seen it here. Despite the benefits in terms of labor savings to build in Mexico, for example, most auto manufacturers are still doing the bulk of their builds inside the U.S. and Canada, NAFTA or no. One of the biggest downsides to going foreign with everything are currency exchanges. It's the main reason Nissan started building in the U.S. in the 1980s, when the fluctuation between the value of Japanese vs American currency made it difficult to hold a bottom line. It's still a main driver today, often cited by manufacturers who continue expanding operations here. I do think, however, that this may become what finally kills the UAW's stranglehold on some manufacturers as the high tariff is one of the few things still propping up their extraordinarily high wages when compared to similar jobs outside of union control. The wage-benefits gap between an unskilled UAW worker and an unskilled automotive worker in a place like Tennessee or Georgia is huge - more than triple.

Tesla Contemplates A New Strategy for China Retail even As Sales Boom
Jay Leno on Elon Musk & EVs: “I Think He Should Get ... Credit"
END_OF_DOCUMENT_TOKEN_TO_BE_REPLACED