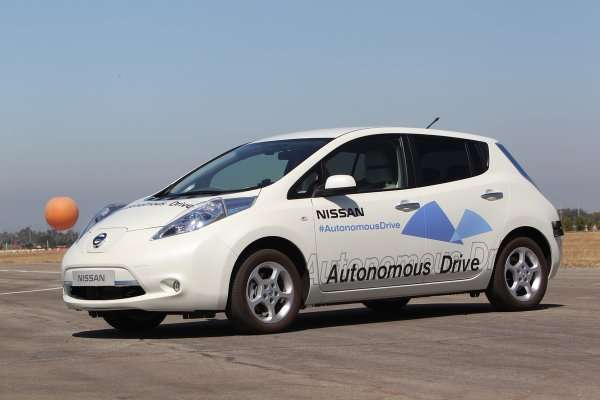 When we dig deeper into what Nissan has been doing with cars that drive themselves, we can see not only how they plan to make the technology work in only 7 years, but why it will be "affordable" as promised.
Advertisement

Nissan made a big splash in the news with its promise of a self-driving car by 2020. We covered it here and the story also hit the Wall Street Journal (here) as well as others. Then things got even more interesting when it was said that the Autonomous Driving option would be a mere $1,000 upgrade (see Gizmodo here).

"Wait," several people immediately asked. "How can something as futuristic and complex as cars that drive themselves be so cheap?"

Speculation has run rampant, but those of us who've followed the goings-on at Nissan for the past few years can start putting pieces together and seeing the finished puzzle unfold. As stated in their press release announcing the ambitious plan to put robo-cars on the road in seven years, most of the technology is already in place. It's just a matter of pulling it all together into one system.

If you remember, back at the beginning of the year, Nissan opened a new facility in Silicon Valley in California specifically to study self-driving vehicle technologies. That facility replaced a smaller office which had itself been an offshoot of a similar office in Japan. At that new Silicon Valley building, Nissan's team has been studying little EBORO robots, lead by Maarten Sierhuis, who oversees the projects there (see videos here).

How Autonomous Driving from Nissan will work
Modern cars are complex machines. Today's vehicles have sensors, relays, computers, and sophisticated systems all working together to make the car operate. Many have probably ridden in or driven vehicles that have things like lane departure warning systems, active cruise control, backup cameras with collision sensors, and parking-assist systems. Cars can already actively assist the driver in avoiding accidents, staying focused on the road, and attempting complex maneuvers like parallel parking or backing into an angled slot.

All of these things are accomplished with radar, lasers, and other technologies that are becoming mainstream as we move forward in automotive. Nissan specifically has all of these on tap plus unique things like the Around View Monitor system that takes data from all of the individual sensor systems around the car and creates a 3-dimensional picture of the car and its immediate surrounds to assist in parking or tight maneuvers to get out of a space or lot.

Unlike Google, which has had to build its self-driving cars from scratch, including re-inventing many of these technologies, Nissan already had them on the shelf. So for them, most of the work has been in developing the artificial intelligence and redundancy systems that will make this Autonomous Driving marketable. Much of that work has been done through the EBORO project mentioned earlier (read more about that here).

This combination of technologies is called Safety Shield by Nissan. Because these are being used in innovative ways and to build brand awareness for its best-selling electric LEAF, Nissan has been using that car as the test bed for most of the in-vehicle testing of Safety Shield and Autonomous Driving. It's likely that the LEAF could be the introduction vehicle in 2020 when auto-driving hits the dealership, but it's more likely that it will be in a much higher-end car, perhaps in the Maxima or even an Infiniti-branded vehicle.

More on that in the second half of this article, which you can read here.